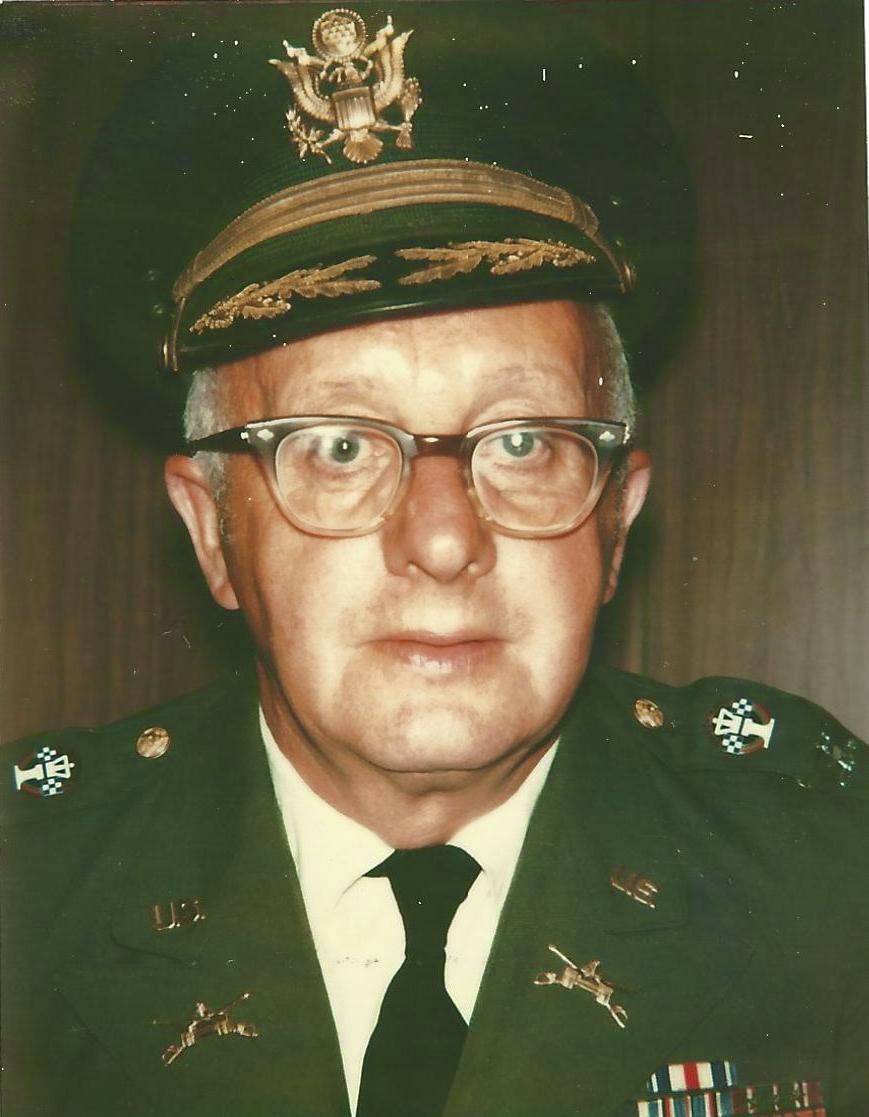 John (Jack) Dixon was born in Whitehaven, UK on 4 May 1917.  His parent’s were Mary and Joseph Dixon.  John was the oldest of four brothers and sisters.  The other siblings were Josephine, Chuck, Jim, and Catherine.  Joseph Dixon worked in the coal mines which was a dirty and very risky job.  To better themselves, the family moved from England to the Pittsburgh, PA, USA area when John was 7.  They came over on a boat.

Joseph, John’s father, went to work at Mesta Machine Company, a steel mill that made steel mills.  The mill was located in Homestead, PA, and the family lived in Homestead, also.  Joseph ultimately became a crane operator.  John and both his brothers, Chuck and Jim, also went to work at Mesta when they were old enough.  John became an electrician’s apprentice, and later an electrician.

John belonged to the Boy Scouts and became an Eagle Scout.  He stayed active in the scouts for many years.  He was Scout Master of Homestead Troop No. 11 for over 30 years. 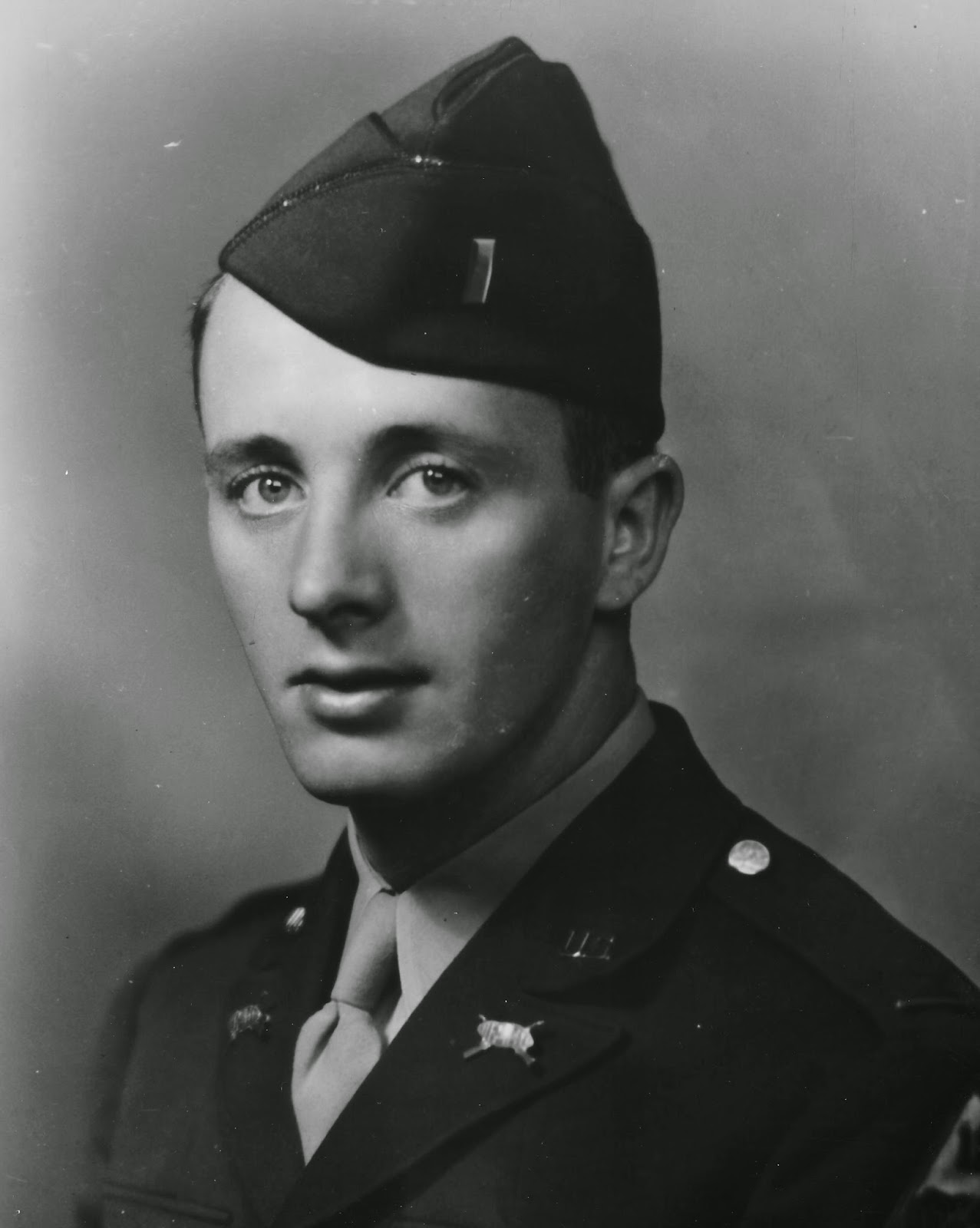 John enlisted in the Army at the beginning of World War II.  After a short stint with the Army Air Corps, he ended up in the 11th Armor Division.  He became an officer and a tank commander and reached the rank of Captain during the war.  He fought with General George Patton in the Battle of the Bulge.  He tells stories of capturing a brewery in somewhere in Germany and the whole battalion getting so drunk they could not fight until after they sobered up.  He helped to liberate a Nazi concentration camp and at the end of the war he helped save the now famous Lipizzaner Stallions.  During the war he received two Purple Hearts and two Silver Stars.

After the war he married Elsie B. Smith, and they had a son, John (Jack) Dixon, Jr. in 1948.  They bought a house in Dravosburg, PA and shortly after that, the Korean War broke out, and he was recalled.  The family moved to Ft. Knox, KY, where he taught tank maintenance to the troops.  While there, he taught General Patton’s son and President Eisenhower’s son.

After the Korean War ended they returned to the Pittsburgh, PA area to their house in Dravosburg.   John returned to his career as an electrician at Mesta Machine Company.  Many years later he became an electrical shop foreman.  He worked at Mesta for 42 years until he retired.  During this time, young Jack graduated from high school, then college, and married Margo Miller in March of 1971.  Jack and Margo moved to Virginia where Jack had several jobs with the federal government.  John also remained in the Army reserves where he rose to the rank of Colonel.  He retired from the Army after serving for 34 years.  He enjoys being called “The Colonel”.  That rank was quite an achievement for an enlisted man to make especially without a college degree.

After John’s retirement from both Mesta and the Army, he an Elsie decided to do some traveling.  While they often took commercial flights, his Army service entitled him fly anywhere in the world space-available on military aircraft.  Elsie could travel anywhere outside the continental United States.  While there were some hassles and long waits associated with this mode of travel, it afforded a great opportunity to visit many more places than they would have been able to afford otherwise.  They traveled to Europe and Scandinavia several times, Hawaii and Las Vegas often, the UK where they visited relatives, and Japan.  While in Germany and Austria they visited a number of places that the Colonel had been during the war.

One thing the Colonel enjoyed greatly was gambling.  He typically played Blackjack or Craps and got to be fairly good at making some money at it.  Because of the space-available flights, he often took quick trips to Las Vegas to gamble.  He also took numerous trips to England to visit relatives, but often ended up in Blackpool where he could gamble.

During this period of time Jack and Margo moved to Orlando, Florida in 1985.   After exploring a number of areas of the county, including San Diego and Phoenix, John and Elsie sold the Dravosburg house that they had lived in since 1948 and moved to Hernando, Florida in the early 1990’s.  They weren’t traveling as much by then, but still occasionally going to Las Vegas to gamble.  Now, they could go to “The Boat” to gamble.  They went to the west coast of Florida to catch the gambling boat on a fairly regular basis.  While Elsie went along, she only played the slot machines.  John continued with his tradition of winning at the blackjack and craps tables.

Elsie passed away suddenly from heart failure on 27 August 1999 after being married for 52 years.  John stayed in the large house they had built in Hernando for a couple more years.  About a year after Elsie’s passing, he contracted lymphoma.  He went through a surgery to remove a large growth and several months of chemotherapy.  He did it mostly on his own, with Jack and Margo visiting whenever possible; it was a one and a half hour trip each way, so it was difficult to be together often.  About a year after he recovered from that Jack and Margo started to encourage him to sell the house and move closer to them.  The house and yard were large and required quite a bit of upkeep and he was in his mid-80s and less capable to doing a lot of the work.  Also, because of the distance involved, if he needed any support it was hard for Jack and Margo to provide it.  So, he moved into one of Jack and Margo’s rental condos and sold the house in 2001 where he has been ever since, and where he passed away peacefully on 19 December 2014 after a long, productive life of 97 years.
The family will be receiving friends on at Dobbs Funeral on Sunday, December 21, 2014 from 1:00 until 2:00 pm.  The funeral service will follow visitation at 2:00 pm.  Interment will be at Florida National Cemetery with full military honors on Tuesday, December 23, 2014 at 12:30 pm.
While flowers are always welcome, the family requests for those who would like to, in lieu of flowers you can make a longer lasting memorial gift to The Barber Fund at www.thebarberfund.org.  The Barber Fund a small, grassroots nonprofit organization helping those living with cancer.  The family has been involved with it from its inception.  It is known as the "ONE LOVE" MOVEMENT!  named after the song by ESTELLE.  Join the One Love Movement to become a part of something truly inspirational.
Posted by Dobbs Funeral Home Obituaries at 4:12 PM