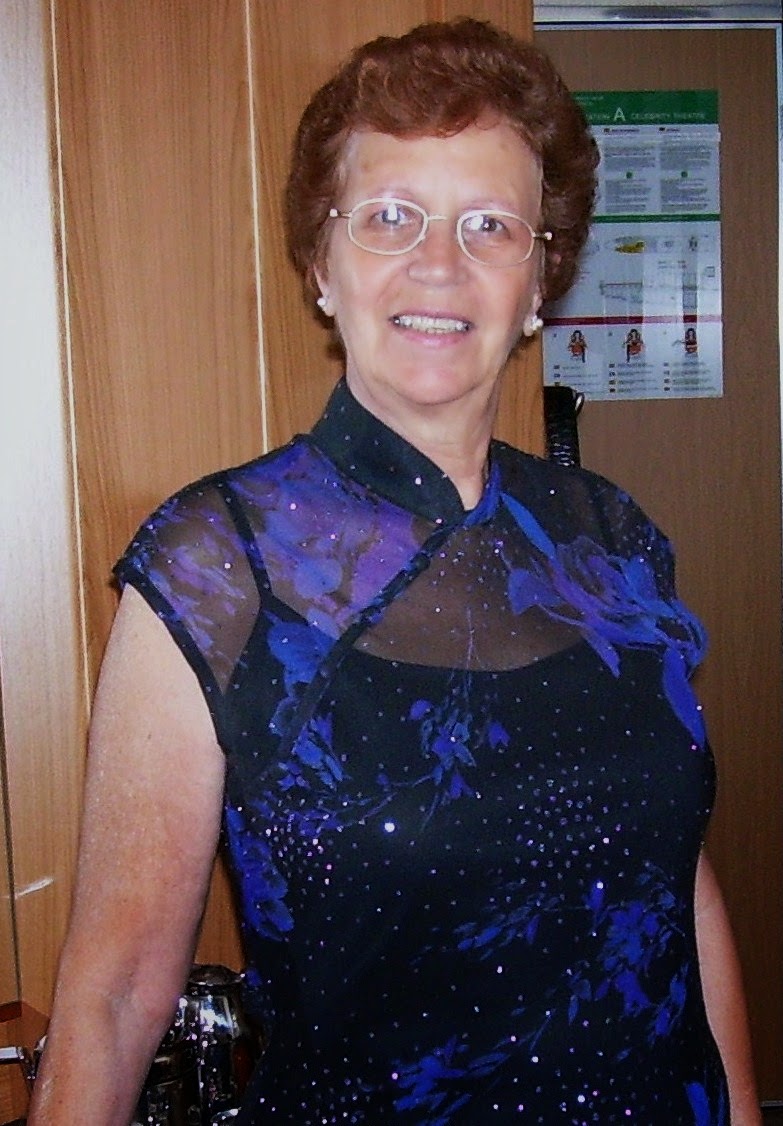 Hubertina (“Tina”) Josephina Schroeders Hambuch went to be with the Lord on March 22, 2015. She was born on June 17, 1935 in Heerlen, Limburg, the Netherlands to Maria Bolton and Paul Schroeders. She was educated in the Netherlands and worked first as an apprentice milliner. She came to the United States as a young adult and became a naturalized citizen four years later. She lived in Miami where she worked as a secretary at Baptist Hospital and then as an administrative assistant at South Miami Hospital.
She attended Miami-Dade Junior College concentrating in art.
She married John Anton Hambuch on March 18, 1978. They moved to Orlando in 1980 and then to Ocoee in 1983. They owned and operated Dugeti’s Italian Restaurants in Pine Hills and Ocoee from 1980 to 1993. She worked for Colonial Medical Supply in patient services from 1993 to her retirement in 2007.
Tina was a gifted artist, especially in the field of textile art. She designed and made award-winning quilts and taught quilting. She loved to read and was an avid pinochle player. She served as secretary of the West Orange Kiwanis Club. She was a member of Ocoee Christian Church (Disciples of Christ). Tina Hambuch will be remembered as a gentle and compassionate woman.
In addition to her husband, she is survived by two sisters, Elsa Hoben (Wienand) and Aggie Konings, two brothers, Joe and John Paul (Lucy) Schroeders, several nieces and nephews and their children, a stepdaughter Monika Hambuch Schroeder (Andreas), a stepson Rolf Hambuch (Gabriella) and step-grandchildren Maximilian and Sebastian Schroeder and Natasha Hambuch and a sister-in-law Gertrude Strobel.
A memorial service will be held on Sunday, March 29, at 3 p.m. at Ocoee Christian Church (Disciples of Christ) (15 South Bluford Avenue, Ocoee, FL).
In lieu of flowers, gifts may be made to Ocoee Christian Church (Disciples of Christ), PO Box 128, Ocoee, FL 34761.
Posted by Dobbs Funeral Home Obituaries at 10:09 AM