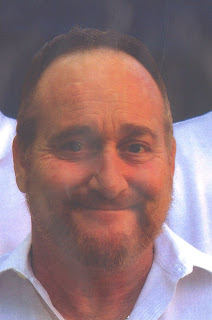 John Lombardo, Jr., age 60, of Altamonte Springs, FL passed away Tuesday, July 14th, 2015 at Florida Hospital Orlando.  John was born in Providence, Rhode Island, the son of Pauline (Rappa) and John Lombardo, Sr.  He was employed as a physical therapist.

The family will be receiving friends at Dobbs Funeral Home  from 11:00 am until 12:00 pm followed by the funeral service at 12:00 pm on Monday, July 20th,  with Pastor Jeff Thompson officiating.

Posted by Dobbs Funeral Home Obituaries at 8:16 AM

I am sorry for your loss, please accept my sincere condolences. I hope you will find some comfort and strength in Jesus promise of the earthly resurrection(Acts 24:15)and the renewed Paradise earth, where death will be no more and no family will mourn the death of a loved one.-Revelation 21:3,4;John 5:28,29;Luke 23:43. May GOD(Psalms 83:18)grant you peace and comfort now, during this grievous time.Matthew 5:4.
LP

I'm terribly sad and sorry to hear of the passing of Johnny. He was a great friend to me when I joined Planet Fitness in Altamonte 10 years ago. My heart is broken for his children and his family. I called him Johnny Rocket and he called me Red and I would cook him suppers at my house -- and I was Irish and a lousy cook but Johnny never made me feel badly about it. I loved him very much and my thoughts and prayers are with everyone else who knew and loved him.
Laura P.