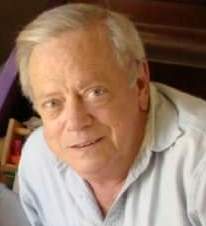 Coleman Marvin-Carl Fineberg, age 76, of Orlando, FL, passed away  Tuesday, January 26th, 2016 in Orlando, Florida.  Coleman was born in Brooklyn, NY  the son of  the late Grace Elizabeth Johnson and Henry Irwin Fineberg.  He served in the U.S. Army and was employed as a Medical Executive Director.

The family will be receiving friends on Saturday, January 30th, 2016 from 10:30a until 11:30a  at Dobbs Funeral Home.  The funeral service will follow visitation with Deacon Jason Fineberg and military honors.

I would like to extend my sincere condolences to the family, for the passing of your loved one. I hope you will find some comfort and strength in Jesus promise of the earthly resurrection(Acts 24:15)when he will awaken those who are sleeping in death and restoring them back to life on the renewed Paradise earth, where death will be no more and no family will mourn the death of a loved one.-Revelation 21:3,4; John 5:28,29; Luke 23:43. Until that glorious time when. you are reunited with your loved one again; may GOD(Psalms 83:18)grant you peace and comfort now, during this grievous time.-Matthew 5:4.