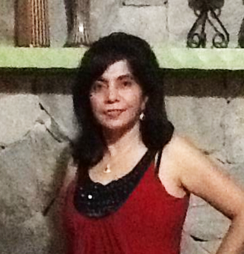 Bharatie Mannie, age 58, of Orlando, passed away Monday, September 5th, 2016 at Orlando Regional Medical Center. She was born in Skeldon, Guyana the daughter of  Seetawattie (Samlall) and Budhnarine.  She was employed as a seamstress in the fashion industry.


Posted by Dobbs Funeral Home Obituaries at 9:55 AM

It seems so unfair that death should have the power to take away someone you love; and when it happens , the thought of never again being able to talk to, laugh with, or hold your love one can be most difficult to bear. That pain is not necessarily erased by being told that your love one is up in heaven. The bible, holds a out a much different hope. At Job 14:14,15, it says that the God of comfort Jehovah, yearns to bring back those who are in his memory and to see them alive on earth. I really hope this thought brings family and friends comfort

Our thoughts are with your family. God has a perfect memory and plans to bring our loved ones back to life in the future. John 5:28,29. May that hope bring you a measure of comfort.