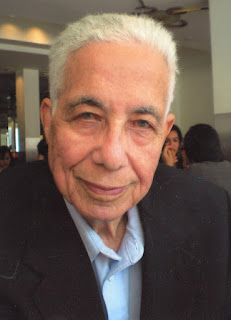 The family will be receiving friends  from 10:00 until 11:00 am on Tuesday, January 9th, 2018 followed by the funeral mass at St. Andrew Catholic Church, located at 801 N. Hastings, Orlando with Father Leo Hodges, officiating.
Posted by Dobbs Funeral Home Obituaries at 1:24 PM