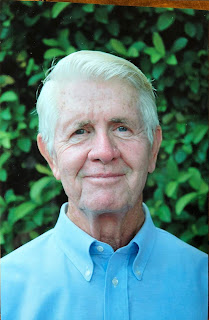 Roy Croft Brand passed away on Tuesday, November 6th, 2018.  He was born in Lake Worth, Florida on December 13, 1936. He was the youngest of four children. He is survived by his two sisters Elizabeth Respess and Carolyn Smith as well as his son Roger Brand (Deirdre) and daughter Ashley VanDerMark (Skip) and seven grandchildren: Peter, Jack, Grace, and George Brand and Connor, Riley and Harper VanDerMark. He is preceded in death by his mother Odessa and older brother Joe.

Like many from his generation, Roy worked all his life and gave tirelessly of his time and resources to help others. His first job was delivering milk and then he had a paper delivery route. Even before he could drive, he parked cars for Harlan Blackburn (a member of the Cigar Mafia). While in high school he worked for George Stuart Office Supply, and at sixteen he became an Eagle Scout. He graduated from Boone High School in 1954 and elected to go into the Naval Reserve where he served honorably for eight years. He worked for Southern Bell as a lineman before attending Florida State University where he graduated with a degree in Accounting in 1962.

Roy was introduced to State Farm Insurance by Bill Gunter and started his own agency, which was his main occupation for 47 years. He was a pilot and one of the founders of the Orlando Aero Club at Herndon Airport. When he was 33, he dabbled in politics, by running for Orange County Commissioner. He was an active member and past President of the West Orlando Rotary Club where he was extremely involved. While in Rotary he built literally hundreds of wheelchair ramps for people in need. Rotary International honored him with the Paul Harris Fellow Award for his service. From the early 1980’s he maintained a contractor license helping many people build and renovate their homes as well as businesses. Roy’s passion was always in helping others so it should be no surprise that he was also a lifelong blood donor to the Central Florida Blood Bank, donating over 50 gallons.

He seemed to be most fond of his service as a Florida Highway Patrol Auxiliary State Trooper. Roy not only gave of his time and resources he also was a philanthropist and patron of the arts, donating countless dollars and hours to the Winter Park Playhouse, Orlando Opera, Orlando Ballet, Orlando Philharmonic and the Orlando Museum of Art.

Roy’s entire life demonstrated his love for people. He truly had a servant’s heart. He will be greatly missed by those who loved him.

A memorial service will be held at First Baptist Church Orlando, 3000 South John Young Parkway, in The Henry Chapel, Saturday, November 10th at 11:30 am. In lieu of flowers, donations may be sent to Cannonball Kids’ cancer Foundation,
(www.cannonballkidscancer.org), a charity near and dear to his heart.

Posted by Dobbs Funeral Home Obituaries at 10:32 AM

I would like to send these words of consolation to those this loved this person. The apostle Paul said what has been made possible by Jesus’ resurrection. “Since death is through a man,” said Paul, “resurrection of the dead is also through a man.” Because of the sin and imperfection passed on to us from Adam, we all die. However, by giving his perfect human life as a ransom, Jesus opened the way for mankind to be released from slavery to sin and death through the resurrection. Summing up the matter nicely, Paul wrote at Romans 6:23: “The wages sin pays is death, but the gift God gives is everlasting life by Christ Jesus our Lord.” Love...