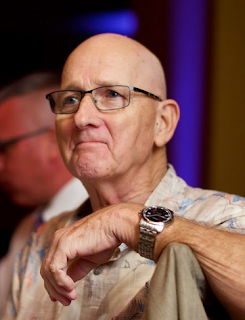 Frank E Warner, 74, suddenly passed away on 12/26/2018, in Orlando Florida after a severe head trauma. He was not in pain and passed peacefully at Cornerstone Hospice of Orlando. By his side were his wife Janice, son Michael, granddaughter Brittani, grandson-in-law Cody and nephew Robert.

Frank E. Warner was born 1/28/1944 to the his parents Ethel & Oscar Warner in Lynn MA. He was preceded in death by his parents, his brothers Charles & Carl Warner along with his sister Elmyra (Warner) LeBlanc.

Frank was a supportive brother-in-law to Sal & Marilyn Indorato.  He was also a Proud Uncle to their children; Timothy, Tina and Robert ‘Marilyn (Curtin) Indorato - Deceased 12/13/2018’

Frank was raised in Lynn Mass. He was a proud graduate from Essex Aggie Class of 1961.  He was a baseball coach at West Lynn Little League, a Scout leader of Troop 34 and enjoyed DJing parties for family and friends. He retired from General Electric in 1987, later moving his family to Orlando Florida in February of 1988 during a blizzard. He had a great love of all music and enjoyed DJing as a hobby to what later became a great business in Florida with his son. Eventually he fully retired in December of 2014.

Posted by Dobbs Funeral Home Obituaries at 11:56 AM

I would like to send these words of consolation to those that loved this apostle Paul said what has been made possible by Jesus’ resurrection. “Since death is through a man,” said Paul, “resurrection of the dead is also through a man.” Because of the sin and imperfection passed on to us from Adam, we all die. However, by giving his perfect human life as a ransom, Jesus opened the way for mankind to be released from slavery to sin and death through the resurrection. Summing up the matter nicely, Paul wrote at Romans 6:23: “The wages sin pays is death, but the gift God gives is everlasting life by Christ Jesus our Lord.”