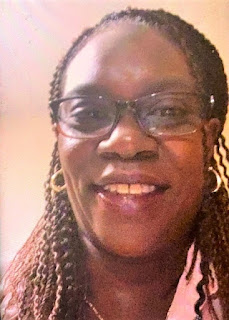 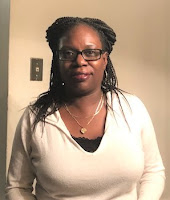 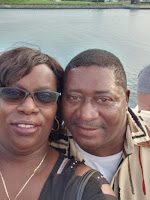 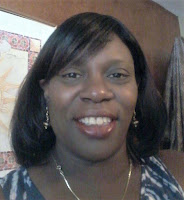 Kim sweetheart rip, your presence will certainly be missed. Everytime I hear Jigga what Jigga who i think of you 😊😢 Take your rest beautiful....🙏💔

Lord,you have another one of your beautiful daughters Kim I'm going to miss you sis I Love 💘 You but I know you are in a much better place It's bitter sweet but until next time Sis I Love You Sending love and Condolences to the family 👪 all the way from ATL to New York to Florida. Take your Rest.

My deepest condolence goes out to the Fant-Jeremy Family!!!
Kim is one of my closest friend more than that she is my sister!! I am so lost for words! We we suppose to grow old together and talk about the grands, yet God had another path for her. I will miss your laughter and our loud talks in the morning going to work!!! I will keep the memories alive and the music we shared will be a Constant reminder of our bond we shared growing up and until the present! I know we will see each other again one day and it will be like we were never apart. We would say to each other at the end of our conversations, “Love ♥️You my friend to the end“! That statement held true!! I Love you and miss you dearly my friend to the end!!! With a heavy heart💔 Patricia, NYC, friendship/sisterhood Est:1982 And beyond! Keep laughing🤣 and dancing💃🏿 until we see each other again. Peace my Queen!

Kim was a loving caring soul. Always willing to help others asking nothing in return. Anyone who knew Kim knows she was full of joy and laughter, always had us laughing with her jokes and stories. I still hear her with that contagious laugh of hers. She is gone from us physically but she will forever live in our hearts ❤❤❤ Love Always Stella

Kim you will be truly miss, your laugh and smile we will miss the most! You have earn your wings to heaven. You are that angel that we have now in heaven. Rest on and may god bless you. Steve( NYC)

First my heart go out to Ms Henrietta and the family Kim was a sister to my sister I used to her about her all the time.Then I met her.She was a joy and always have you laughing. I will always remember her.
LOVE AUDREY ❤❤❤❤

Kim was a beautiful person. When Pat introduce us we hit it off right away. She will be miss. My heart goes out to her mom, her daughters and her husband. I am so sorry for her loss, may she rest in peace

Henrietta - Cynthia Sorry I am unable to be with, but know that you are in my prayers.
Sis. Gina/Bro. Kenny
North Chesterfield, VA

My heart is with you in sympathy and caring, today and all the days ahead

I know that God will give whatever you ask of him. John 11:22

Our hearts goes out to you and will be with you every step of he way.

My Daughter, I've seen your secret struggles and I've heard your silent tears. Yes I've bathed in your laughter and stood against your fears. My dear daughter I've cherished very moment of every 53 years. The precious gift God gave you of two beautiful daughters Cynthia Adele and Amisha Naomi. You are my love, my life, my Precious gift from God that I will always hold dear.
Always, Love Mommy


Dearest Henrietta, My heart goes out to You at this time. I pray that found memories will lift your spirits in the days ahead,


Sis. Henrietta, Our Deepest Condolences. You Are In Our Prayers For God's Strength And Comfort. Bishop Carlton T. Brown And Your Bethel Family.

Dear Sis. Battle, May the peace of God knowing that there is no greater comfort and love, then the Love of Jesus for you and Kimberly.

Psalms 62:8 "Trust in Him at all times; ye people, pour out our heart before him: God is a refuge for us. Selah"

In Sympathy
For You and Your Family

My peace I give to you...
Let not your hearts e troubled...

To my god momma I'm miss your laugh an the jokes you made memeories will be remembered.. may you rest peacefully love you an miss you.

Her smile will never fade. Her voice will echo gently in your heart.
Her sweetness will come back to you again and again in memories.
She is still yours, to cherish ad remember and love.

Dear Sis. Battle & Family,
I just want to remind you that you're not alone and that many people care and are thinking of you...like me.

Kimberly was a clerk not an administrator.