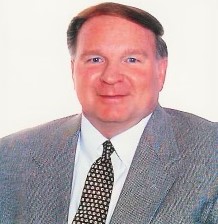 Ronald Ray McDowell, M.D. was taken into the loving arms of Christ Jesus, his Savior on Tuesday, January 25, 2022.  Dr. McDowell was born in Indianapolis, Indiana.  His parents were Charles Raymond McDowell and Rosemary June (Campbell) McDowell from Arcola and Chesterville, Illinois respectively.

He graduated from Danville High School in 1966 as Salutatorian.  The family had relocated to Danville, Indiana in 1962 because of his father's employment for the New York/Penn Central Railroad.  He was class Treasurer, Band Captain, and President of the Latin and Science clubs.  He won multiple awards for solo trumpet, and band music competitions.  He frequently helped in the worship services and MYF at Danville, United Methodist Church.

He moved to St. Petersburg, Florida in early 1974 for a Family Practice Residency at Bayfront Medical Center.  After becoming Board Certified in Family Practice he had a solo private Family Practice for eight years.  Dr. McDowell relocated to The Hobe Sound and Jupiter Florida area.  He helped open five Ambulatory Care Facilities for Martin Memorial Hospital.  He then helped open the new Fast Track facility of the Emergency Department in Munroe Regional Hospital in Ocala, Florida.  He then similarly helped open the new Fast Track facility in Lakeland Regional Emergency Department, Lakeland, Florida.

After moving to Orlando in 1990, Dr. McDowell provided medical care in Ambulatory Care Facilities in Lake Buena Vista, Florida owned by Orlando Health and later Centra Care owned by Florida Hospital.  At different times he was on the Medical Staff at both hospitals.  For a brief time he was Medical Director for the Wellness Center at the Darden Corporate office and the Reedy Creek Fire Rescue Services.

In January 2001, Dr. McDowell and his wife, Lisa, opened Windermere Family Practice and enjoyed treating and becoming friends with thousands of great Orlando residents.  In 2014 the medical practice was sold to Physicians Associates (Orlando Health).  He retired in July 2014.

Dr. McDowell was fortunate to be raised in a strong Christian family by loving parents.  He was raised a Methodist but after relocating to Orlando, he became a member of First Baptist Orlando where he was privileged to know a great number of the church members and staff, both as friends and patients, including Dr. David Uth and family.  He loved playing golf, especially with Brother Jim Henry and his wife, Jeanette.  He also enjoyed boating, and traveling to Key West.

The family will be receiving friends on Monday, January 31, 2022 from 1:00 until 2:00 pm, followed by the funeral service in the Henry Chapel of First Baptist Church of Orlando.  Interment will follow the 2:00 pm service at Dr. Phillips Cemetery.

The family requests that any donations should be made to First Baptist  Church of Orlando.

Prayers and love to the family. I was fortunate to have known him and believe he truly loved helping people.

To Lisa and Family:

Classmates of Ron at Danville High (Class of 1966) are so sorry to hear of his passing.
What a wonderful life of dedication Ron lived.

Dr. McDowell sounds like quite an amazing man. We are privileged to have his nephew, Bryan McDowell M.D., as a son in law. We are very sorry for this great loss to your family, as well as the community. Our prayers are with you at this time.

It is sad news to hear of Ron's passing, and I offer my sympathy to his family, and especially to Renda and Rick. We were close friends through high school and college, where we roomed together during our first year at Purdue. I cherish many fond memories of Ron: our train trip with the All-America Purdue Band to the 1967 Rose Bowl game, his surprise announcement to switch majors to Pre-Med, and even Ron's winning our "typewriter feature" contest. Our brief reunion at Danville a couple summers ago was great, and I am thankful to have known Ron.

Dr McDowell was a fine physician and a very good friend. I was always secure with any of Dr. McDowells decisions. He was greatly missed when he retired.

My name was not included with the above comment.
Alice Schultz

Dr. McDowell was a great friend & family physician to me, my family and all the Turner brothers for many years. He was also a great prayer partner, and his wonderful spirit is in GOD'S presence. We'll miss you greatly, but we look forward to the great reunion my brother. Your brother in CHRIST, Larry & Marlene Turner.

Sorry to hear of your loss..I had the pleasure of working with Dr. McDowell.