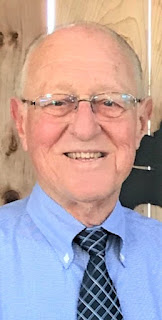 Lowell Floyd Bowman, 87, of Orlando, passed away peacefully on Saturday, June 25, 2022, at his home after a brief period of declining health.

Born in Timbuktu, Mali, West Africa on April 2, 1935 to CMA Missionaries Floyd and Dora Bowman, Lowell spent his early years of life and education on the mission field of Africa with his parents and three brothers. He returned to the United States to a boarding school for Missionary Kids in Zellwood, Florida for middle school and high school. Then before going on to graduate from Nyack College, Nyack, New York, Lowell was drafted and served in the United States Army.

After college, Lowell returned to the mission field in Mali where he served as the Administrator for Medical clinics and did itinerate preaching, although he never felt the call to be a preacher.

After his missionary service in Africa, Lowell’s love for missions continued to burn within him.  He worked in several secular positions stateside, and then became a Project Director managing a refugee camp in the Philippines for two and a half years.

Everywhere Lowell served, he left an indelible mark on the people around him. Upon his return to the U.S., Lowell served the Lord wholeheartedly in the local church.  He met and married his devoted wife, Ruby, in 1997. When they retired, they served for one year at the Mercy Ships International headquarters near Tyler, Texas managing the guest house and coffee shop. He humbly used his gardening expertise to beautify the campus, digging solid red clay and planting rose bushes, painting the iconic anchor and mentoring the young baristas who worked there.

Together Lowell and Ruby shared the gospel on short term mission trips to Kenya (built a church), Honduras (trekked thru mountain villages handing out solar powered radios preset to Christian stations), Dominican Republic (teaching locals how to build rabbit cages and raise rabbits for food), Manila (counselors at million-person evangelistic crusade) and partnered with a South Carolina church to conduct block parties in order to share the gospel in underprivileged communities.

In addition to his parents, Lowell was preceded in death by brothers, Loyal and Harold Bowman, and niece, Pamela Bowman Collier.

A Celebration of Life Service will be held Saturday, July 9, 2022 at 1 p.m. at First Baptist Church Orlando – Henry Chapel, with a reception to follow at Lakeshore Landings clubhouse.  Services will also be live-streamed.

In lieu of flowers, the family asks that honorary donations be made to Madagascar Missions-for Lowell Bowman c/o First Baptist Orlando, 3000 S. John Young Pkwy, Orlando, FL 32805.  Donations may also be made online at https://www.firstorlando.com/give - please designate your gift as “Madagascar-for Lowell Bowman”.

Posted by Dobbs Funeral Home Obituaries at 9:30 AM

I am so sorry to hear of Lowell’s passing. The legacy he leaves behind will go on for generations, all over the world. I remember laughing with him that he really was from Timbuktu! My thoughts and prayers go out to Ruby and the rest of the family, as you navigate through this tough time. Lowell is now walking streets of gold, with his Savior who he adored.
He lived his life well. His fingerprints are all over this world. Praise God!