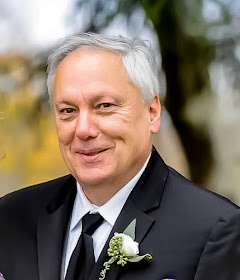 William “Billy” Gundersen, a resident of Poughkeepsie, NY, passed away at the age of 74 on July 24, 2022 in Clermont, FL. Billy was born on June 10, 1948 to Lucille and William Gundersen in The Bronx, NY. He entered the workforce while in school at the age of sixteen, at a deli, to help support his mother and father, who was a combat wounded veteran of WWII. Billy graduated from Evander Childs High School in The Bronx. Afterwards, he went on to attend Fordham University for one year, then went on to work for NY Tel. He continued to help support his parents but was quickly drafted into the U.S. Army and served one tour in Vietnam. He was honorably discharged shortly after. During his time in Vietnam, still being the generous man he is, Billy sent almost all the money he made back home to his parents. After he returned home from Vietnam, he took some time to pursue his love of travel where he visited several states and countries. Billy went on to work for phone companies in the CWA union for almost 30 years. Being the hard-working provider, he then went on to work for another 14 years as a Conductor for Metro North Railroad and retired at the age of 70.

Billy met Donna Graf in July of 1982 when they started talking and never stopped. Billy loved talking to Donna almost as much as he loved her, so much so that on their first date they closed a restaurant talking to each other. He was so captivated by her that they only realized the restaurant was closed because they were vacuuming around them. Billy went on to marry Donna on July 23, 1983, at St. Christopher’s Church in Red Hook, NY. While living in Lake Peekskill, NY they had two children, and then a third in Poughkeepsie, NY. Billy’s favorite thing to do in his free time was spend it with his family and going on travel dates to casinos and horse races with Donna.

Services will be held at 1:30 PM on July 28th at the Family Church Chapel in Windermere. Teaching Pastor Nick Goelz will officiate the services, and a reception will follow for family and close friends. Memorial services can also be viewed at a link to be provided after funeral services. Professional services will be handled by Dobbs Funeral Home in Orlando, FL. Billy was loved by all that met him and we miss him immensely.

Posted by Dobbs Funeral Home Obituaries at 9:29 AM