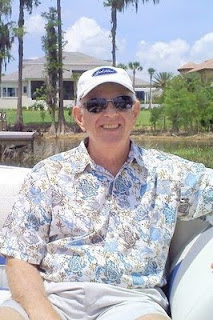 William J. Shaffer, 69, of Windermere, FL, passed away on Wednesday, October 13, 2010. He was born in Douglas, Wyoming. His life was one of service to his country, his family, and his community. He served 30 years as an Army Medical Service Corps Officer and a Hospital Administrator. In 1993, COL Shaffer retired from a distinguished military career and continued to work as a consultant for Tricare Healthcare Alliance. He was a 32nd Degree Mason and a life member of the Veterans of Foreign Wars. He was an avid tennis player and golfer. He is survived by his beloved wife, Mary, of 31 years; his son, Clarke, of Oak Park, Ca; his daughter, Carin, of Phoenix, AZ; and seven beautiful grandchildren. The family will be receiving friends on Tuesday, October 19th, 2010 at Dobbs Funeral Home, 430 N. Kirkman Road from 6:00 until 8:00 pm with a service at 7:00 pm. He will be buried with Standard Military Honors at Arlington Cemetery o November 18, 2010 at 2:00 p.m.
Posted by Dobbs Funeral Home Obituaries at 4:21 PM

My sincere condolence to the family of Mr. Shaffer. What a very caring and loving family you are.
I had the privilege to meet the family at Orlando Regional,
God be with you during this most difficult time.
Sincerely,
Marlene

I WAS WOUNDED IN MARCH 1969 IN VIETNAM. AFTER A SERIES OF HOSPITALS I ARRIVED AT FITZSIMMONS GENERAL HOSPITAL( ARMY) IN DENVER,CO. AS SOON AS I COULD WALK I WENT DOWN TO SEE THE ADJUTANT TO GET A JOB. THE SMILING FACE AND CAPTAINS BARS THAT MET ME WERE ATTACHED TO WILLIAM SHAFFER, THE ADJ. HE MADE ME HIS ASSIST ADJ AND IT WAS 13 MONTHS OF VERY INTERESTING WORK WITH A GREAT PERSON, FRIEND AND OFFICER. THEY JUST DO NOT COME ANY BETTER THAN BILLY. HE WAS THE ONLY DAMMED COLONEL I EVER KNEW THAT I LIKED AND FELT MERIT WAS THE SOLE REASON FOR HIS RANK. I WILL MISS YOU BILLY. YOU MADE MY CAREER FUN, INTERESTING ,WORTHWHILE AND MUCH RICHER. FAREWELL MY FRIEND AND BROTHER IN ARMS. ONE OF THE BEST IN MY 12 YEARS IN THE ARMY. I SHALL MISS YOU. CAPT JOEL H. MAYNE II USA,RET.