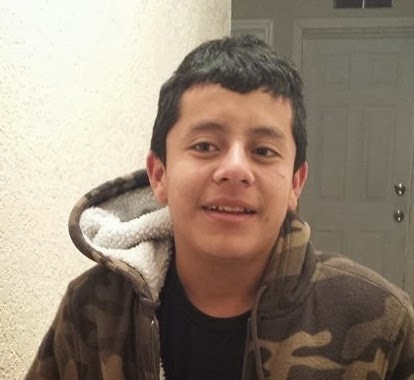 Herman Uriel Aguilar, age 16 of  Apopka, FL tragically passed away Monday, February 24th, 2014.  He was born in Nuevo Progreso, Guatemala,  the son of Luisa (Esperansza Escobar)  and Herman Auel Aguilar.  Herman was a student.
A Religious Service will be held at Dobbs Funeral Home from at 6:00 - 9:00 pm on Tuesday, March 4th, 2014.  Herman will be laid to rest at the  Aldea La Conquista Municipal Cemetery in Nuevo Progreso, Guatemala.
Posted by Dobbs Funeral Home Obituaries at 6:09 PM

I am very sorry to read of the passing of your son; please accept my sincere condolences. I hope your family will be comforted by the blessing that Jesus bestowed upon many families when he walked the earth; especially the account of the widow who was preparing to bury her only son; Jesus saw the funeral procession and approached the bier and touched the body of the young man and he awakened from death.-Luke 7:11-15 Just imagine how happy the mother was. Jesus did these things just to show us what he will do in the future for those who are sleeping in death.-John 5:28,29. Just imagine your joy when you are reunited with your son again. Until then may Jehovah God grant you peace and comfort now, during this time of sadness.-Matthew 5:4.
For additional spiritual enlightment please visit jw.org.