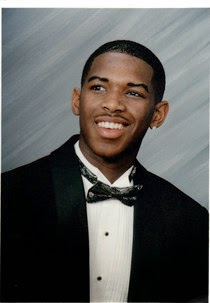 Brandon Gerard Mitchell was born April 22, 1984 in Winter Park, Orange County, Florida to the parentage of Deborah Kay Alford and Kenneth O. Mitchell.
Brandon accepted Christ at a young age and was baptized at Fellowship Baptist Church, Gadsden, AL under the pastorate of Rev. Scottie Rice.
Brandon was a stranger to few as he knew so many people. . He was a lover of people and friendly to all he came into contact. Some of this could be attributed to the numerous schools he attended such as Springlake Elementary, Orlando, FL, Striplin Elementary, Disque Middle, Gadsden High, Gulfport High, Jones High, Orlando, FL and eventually Litchfield High School, where he graduated Class of 2002. Throughout his education, he nurtured and developed his love and passion for music. He played the Saxophone and served as drum major, which he held with pride.
After high school, Brandon went on to continue his education at Florida A&M University where he majored in Music Education. While at FAMU, Brandon was a member of The Marching 100, one of the nation’s most famous marching bands. Brandon’s bright personality and musical genius mind accommodated him many accolades, one being featured in Drumline Live.
While living in Atlanta,  Brandon continued in his musical career by teaching at Kipp STRIVE Academy. He longed to instill a love for music in the younger generations and help them to develop their music abilities.
Upon returning to Gadsden,  Brandon rededicated his life to Christ at New Destiny Christian Church under the leadership of mentor Pastor Steve Smith. There was usually few moments Brandon could not be found talking and testifying to greatness and glory of GOD.
Brandon transitioned from mortal to immortality in the twinkling of an eye before a last goodbye on the morning of Monday, November 17, 2014. He will be forever remembered for the joy he brought to many, the love he showed to all, the devotion he showed to GOD and the zeal he had for the Kingdom.
Brandon’s legacy will forever live on in the lives of his mother, Deborah K. Alford (Alphonso), Orlando, FL; father, Kenneth O. Mitchell, Orlando, FL; maternal grandmother, Geneva B. Crook, Gadsden, AL; paternal grandmother,  Minnie F. Mitchell, Orlando, FL; two sisters, Nicole K. Burney, Orlando, FL, Shannon L. Haggins, Atlanta, GA; niece Nielle K. Burney, Orlando, FL; special cousin, Christina Mitchell, Orlando, FL; a host of aunts, uncles, great-aunts and uncles, cousins and friends too numerous to name.
A memorial service will be held  at 3:00 pm on Monday, November 24, 2014 at Dobbs Funeral Home, 430 N. Kirkman Rd, Orlando FL 32811
Posted by Dobbs Funeral Home Obituaries at 11:37 AM

You have my deepest sympathy for the passing of your son, Brandon. While you are grieving, I hope you will find comfort from the Scriptures and the accounts about young children who passed away and restored back to life by the prophets, Elijah and Elisha(I Kings 17:8-24: II Kings 4:8-37) the apostle Paul(Acts 20:7-12 and Jesus Christ when he restored a young girl back to life, just imagine the parent's joy. And when he saw a funeral procession of the only son of a widow; he approached the bier, touched the young boy and restored him back to life.Luke 7:11-15;.-Luke 8:49-56. Just imagine the joy when Jesus in the near future, resurrect and restore millions back to life on the renewed Paradise earth and you are reunited with your loved one. Until then. may GOD grant you peace and comfort now, during this time of sorrow.-John 5:28,29; Luke 23:43; Matthew 5:4.