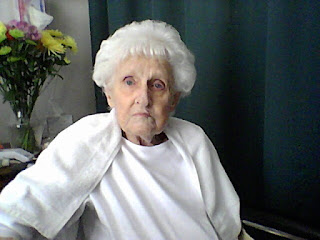 Helen Palviscak, age 88, of Ormond Beach, FL, passed away at 11:05, Wednesday, June 17th, 2015 at the  Mike Conley Hospice House in Clermont, Florida.  Helen was born in Pittsburgh, PA the daughter of the late Anna (Rohal)  and George  Lemak.  She was a homemaker and member of St. Nicholas Byzantine Catholic Church.

The family will be receiving friends at Dobbs Funeral Home on Sunday, June 21, 2015 from 6:00 until 8:00 pm.  The funeral service will be held at St. Nicholas Byzantine Church, Orlando, FL, at 10:00 AM on Monday, June 22nd,  2015 with Father Sal Pignato officiating.  Interment will be held at Woodlawn Memorial Park Cemetery.

We are so sorry for your loss. Aunt Helen was an exceptional Woman, Sister, Mother, Aunt, and friend. I know you will miss her dearly. She is now in heaven with the rest of the group just catching up on old times! Hurting no more. Please know that you are in our thoughts and our prayers!

sorry for your loss . Helen's cousin brother Fedor Lemak from Ukraine passed away too:( He didn't know about that . I hope they will meet on Heaven . maybe you don't remember , but they really loved to meet in Carpatian with George and Anna lemak (Warhola) and sent very kind letters to each other . Family connection was much more stronger then .. keep it now!