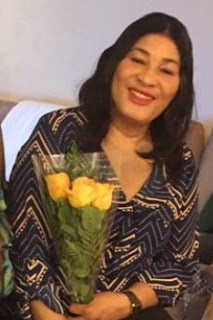 Berta Jean Casimir passed away peacefully in Osceola Regional Medical Center, Kissimmee, Florida on November 6, 2015.  She was surrounded by the love of her husband and four daughters when she transitioned.

She was born July 2, 1954 in Haiti to the union of Anne-Marie Oreste and Jean Baptiste Jean. Berta’s various educational pursuits were in the field of nursing. She married Laurent Casimir September 14, 1979 in Port-Au-Prince, Haiti.  Berta and her husband moved to New York City in 1987 where she worked 20+years in the nursing industry and where her three younger children were born. Her family then moved to Orlando, Florida in 2003 in favor of the warmer climate. She continued her career in the nursing industry until she retired in 2013 to focus on her health and family. Berta was a kind, extremely funny, and generous woman, who could always be seen with a smile and was always picture ready.

Public visitation will be held at Dobbs Funeral Home on Saturday, November 14, 2015 from 10:00 until 11:30 am followed by the funeral service.  Interment will be at Winter Garden Cemetery.
Posted by Dobbs Funeral Home Obituaries at 10:05 AM