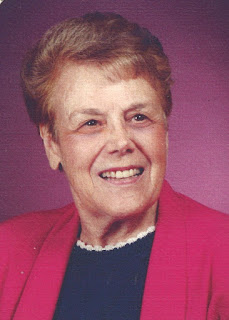 Muriel Oates Maxwell, age 93 of Maitland, passed away on Friday, October 30, 2015.  Muriel was born in York County South Carolina and graduated from Winthrop College. She moved to Orlando in 1954 and received her masters from Stetson University. She became a teacher for Orange County and for a time taught FL history on educational television. She was very active in St. Luke's Episcopal Women's Guild,the Orlando Garden Club,and the Sorosis Women's Club of Orlando.

She is survived by her daughters   Noel Barnett (Bill) and Sande Maxwell (Norm)and her daughter-in-law Titian Austin (Bob), 5 grand children and 7 great grand children. Her son Fred Maxwell predeceased her.  She touched many lives and she will be missed.

A memorial service will be held 11 am on Thursday, November 12th at ST Luke's Cathedral, 130 N. Magnolia Ave in downtown Orlando.

The family requests that in lieu of flowers, please make your donations to Sorosis Woman's Club of Orlando, St. Luke's Cathedral or Hospice of the Comforter.

Such a lovely lady. My condolences to the family.
Love, Joanette

Such a lovely lady. My condolences to the family.
Love, Joanette