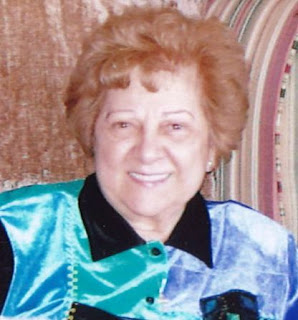 The family will be receiving friends at Dobbs Funeral Home on Wednesday, January 6, 2016 from 7:00 until 9:00 pm and on Friday at John F. Jerry Funeral Home in Meriden, Connecticut from 4:00 until 8:00 pm, The Funeral Mass will be  held on Saturday at 12:00 pm. Interment will be at the Sacred Heart Cemetery in Meriden.
Posted by Dobbs Funeral Home Obituaries at 1:49 PM

To the family, I am sorry for the passing of your loved one. Please accept my sincere condolences. I hope the family will find some comfort and strength in Jesus promise of the earthly resurrection(Acts 24:15)and the renewed Paradise earth, where death will be no more and no family will mourn the death of a loved one.-Revelation 21:3,4;John 5:28,29;Luke 23:43. May GOD(Psalms 83:18)grant you peace and comfort now, during this grievous time.-Matthew 5:4.