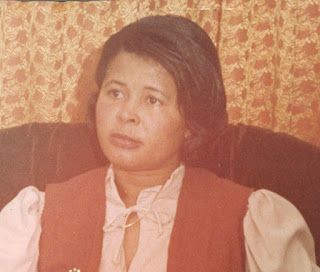 Jacqueline was a member of the Church of God in Boston, MA and later was baptized. Upon her arrival in Orlando, she visited several churches and decided to join Christ Sanctified Church.  Jacqueline was a hard-working woman and a dedicated loving mother, grand-mother and a friend. Jacqueline had a pleasant smile. She was always helpful and respectful to others. Jacqueline became very ill and was called home to be with the Lord. May God rest her soul! Amen.

The family will be receiving friends from 6:00 until 8:00 pm at Dobbs Funeral Home on Friday, April 22, 2016.   Visitation will be held again from 9:00 until 10:00 am, followed by the funeral service at Christ Sanctified Church located at 5717 N. Pine Hills Road in Orlando on Saturday, April 23, 2016.  Interment will be at Winter Garden Cemetery.

Posted by Dobbs Funeral Home Obituaries at 10:21 AM

Please know caring thoughts are with the family during this most difficult time. I am sorry for your loss. Cherish the precious memories you made and the dreams you shared with Jacqueline. The Bible refers to 'death' as our enemy. May you find comfort in God's promise to do away with death. 1 Corinthians 15:26 assures us, "Death is to be brought to Nothing." May this promise give you hope and bring you some peace.