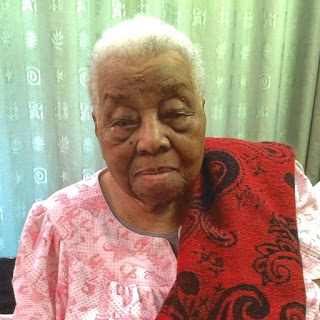 Edna L. Sullivan, age 97 of Orlando, went to be with her Lord on Monday, April 25, 2016.  Edna was born in Jamaica, West Indies the daughter of Robert and Alice (Ford) Tucker.  She was a homemaker and member of Tabernacle Baptist Church and loved by all who met her.

I would like to offer my sincere condolences for your loss. I hope the family will find some comfort and strength in Jesus promise of the earthly resurrection, when Jesus will restore life to the dead(Acts 24:15)and the renewed Paradise earth, where death will be no more and no family will mourn the death of a loved one.-Revelation 21:3,4;John 5:28,29;Luke 23:43. May GOD(Psalms 83:18)grant you peace and comfort now, during this grievous time.-Matthew 5:4.