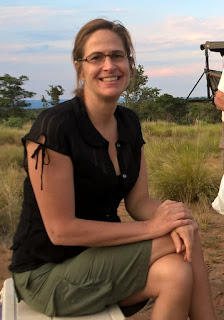 Born on May 19th 1966 in Norwalk, CT, Sophie grew up in neighboring New Canaan. After attending the Brearley School in Manhattan for five middle school years, she graduated from New Canaan High School in 1984, later graduating from Wellesley College. Her career path led  her to San Francisco, where she worked in publishing for Collins Publishers and the Museum of Modern Art. Moving back East, she worked in New York and Baltimore until the dot.com collapse in 2000, when she shifted her interest to fund-raising in New York, first with Memorial Sloan Kettering, then with the Tisch MS Research Center. Sophie’s last career move as Director of Major Gifts at Hunter College was cut short on March 1, 2016, with the diagnosis of stage 4 lung cancer. After spending two months in home hospice care at her sister Tae’s home in Orlando, Florida, enjoying the company of many friends, Sophie passed away on May 4.

As youngest of four siblings, Sophie was always the life of the party with her infectious wit, her contagious sense of adventure, her inspiring passion for the arts, and her unmatchable joie de vivre. Her talent for music was expressed with singing, the piano and flute. Sophie is survived by her son Charlie Kry, her parents Andre and Jocelyn Deprez of Winter Park, FL, her sister Marie-Therese Harper of Orlando, her brother and sister-in-law Alex and Colette Deprez of Orlando, residing in Ghana, sister-in-law Susan Walker Deprez of Annandale, VA, and many cousins, nieces, and nephews.

Sophie’s family is profoundly grateful to her many loyal friends who rallied round her ceaselessly in New York and Orlando, some coming from afar to render help and loving support, in her final two months. You are the angels who have borne her on high.

Should one wish to Donate in Sophie's honor;
Charlie's College Fund (529) is grateful.
or Hospice of the Comforter/Bereavement Dept.

Posted by Dobbs Funeral Home Obituaries at 10:12 AM

I would like to offer my sincere condolences for your loss. I hope the family will find some comfort and strength in Jesus promise of the earthly resurrection, when Jesus will restore life to the dead(Acts 24:15)and the renewed Paradise earth, where death will be no more and no family will mourn the death of a loved one.-Revelation 21:3,4;John 5:28,29;Luke 23:43. May GOD(Psalms 83:18)grant you peace and comfort now, during this grievous time.-Matthew 5:4.