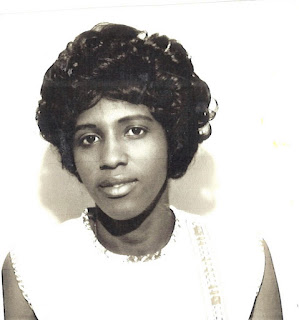 Alma A. Redman was born on August 12, 1937 to loving parents Ira Sobers and Fredean Agard.  She was the first girl of 13 children of which 4 survived.  She attended school in Barbados, finishing High School and going on to Secondary School of shorthand and typing, while continuing her skills of sewing.  She married Neville Redman and became the mother of two children, Junior and Juanne.

Alma migrated to Canada in 1965 and remained there for 4 years.  She moved to the United States in 1970 where she worked as a domestic servant.  She relocated to New York City and began work at New York Hospital as a Diet Aide.  Alma later moved to Florida in 1988 and worked at Florida Hospital in the food service department as a Diet Aide until she retired at age 65 in 2002.

In 1989, Alma joined Central Church of God and was an active member for over 30 years.  She was a member of the choir, served as a Sunday School Assistant, Treasurer, was a member of the Prison Ministry, Prayer Ministry to name a few and was ordained as a Deacon.  She dedicated herself to the service of the church by chauffeuring others to and from church and other venues until she became extremely ill.  Everyone knew Alma as a fighter and said that she had nine lives, like a cat, except Alma had 999 lives.

The family will be receiving friends from 6:00 until 8:00 pm at Dobbs Funeral Home on Friday, March 8, 2019.  The funeral service will be held at 2:00 pm at Faith Cathedral Deliverance Center, located at 4425 N. Powers Drive, Orlando on Saturday, March 9, 2019.  Interment will follow the service at Woodlawn Memorial Park Cemetery.

Sorry for your loss. May you find comfort in the God that gives peace (Roman 15:33)