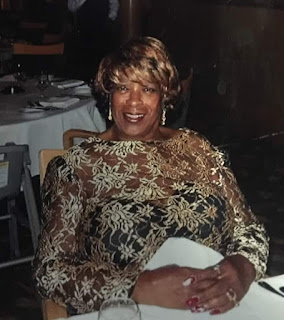 Marcia Viola Nurse Headley, 72, of Orlando Florida was called home to be with the Lord on Thursday March 7, 2019, surrounded by her loved ones.

Born in the former Canal Zone, Republic of Panama, on January 5, 1947, she was the fifth daughter of the late Clifford A. Nurse and the late Rebecca Nurse Eastman.

She was educated in the Canal Zone schools and graduated from Paraiso High School in 1965. She migrated to the United States in 1967, where she resided in Queens Village New York. On July 17, 1967, she married James Headley and from that union they had four children.

She relocated to Orlando Florida in the late 80’s and was a communicant of St. Andrews Catholic Church where she sang in the choir.  She was an active member of the Caribbean Association and instrumental in establishing the annual Caribbean Carnival Celebration in Orlando and designed and created costumes for La Caribe band.  She held an annual school supply drive and Christmas Toy Drive for the children of the community.

Marcia was a Seamstress, an Interior Decorator, Wedding Planner who designed and created wedding gowns. She designed and created costumes from school and church plays. She loved to travel, entertain, cook, and cater for parties. She was dedicated mother and grandmother not only to her biological children but also to several others who she adopted as hers. The best way to describe her was that she was “Larger than Life” or “The Life of the Party”, when she walked into a room it lit up, a true Diva.

Visitation was held at 11:30a , followed by the Funeral Mass at 12:30 pm at St. Andrew Catholic Church on Friday, March 15, 2019 with Father Bill Gorhing officiating.
Posted by Dobbs Funeral Home Obituaries at 10:11 AM

Sorry for your loss. May you find comfort in the God that gives peace (Roman 15:33)

Rest in paradise auntie. I love you ! I know you and grannie with aunt janice up there having a big party. ����

Miss you Auntie �� will always remember your spirit and spunk. And thank you for all the love you've given ❤️ Farewell