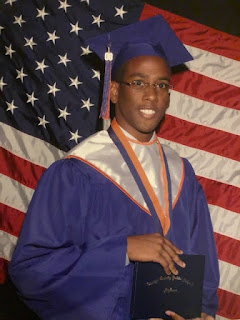 Kahlil Beckford,30,of Winter Garden Fl, died February 21, 2020 as a result of complications related to sickle cell anemia.He was born December 5, 1989 in Montego-Bay,Jamaica; the son of Paul and Beverly (Henry) Beckford.

Having migrated to the US, He attended and graduated from West Orange High School in 2008, where he was a member of the Television Production team. He developed a passion for photography and television production, which he would carry with him for the rest of his life.

Most recently, Kahlil was an employee of Publix. He attended Metro West Church of the Nazarene as a child and young adult, and later on regularly attended services with his mother Beverly at First Baptist Orlando as he grew older.

Kahlil is survived by his mother Beverly and his sisters Sharlah, Anastajia and Shelby. He also leaves his maternal grandparents, Viris and Leonard Henry, of Ocho Rios Jamaica. He is also survived by several close friends, a niece and nephew, aunts, uncles and cousins.