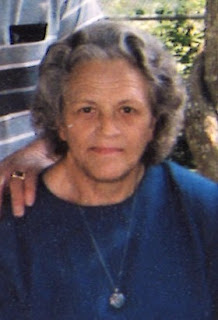 Shirley was born on August 24, 1938 of her parents Mavis Ara Howell & Huge Clenton Brock in Itta Bena a small city in Leflore County, Mississippi.  Shirley received Christ as her personal savior and was baptized at the age of 10 which led to her eventual acceptance to become a Minister of the Gospel of Christ.  Those who met her knew without a doubt she was filled with the Holy Spirit.

Shirley began working at 13 to support her mother and took on jobs that managers these days cannot compare to. She worked, went to school & nursed her mother for as long as she could but eventually had to quit school. Shirley left nothing unfinished and at the age of 50 earned her High School diploma!

Shirley was married to William Raymond Ride on the 18th of September, 1955 at the age of 17 in Lockhart, Fl and continued to work and complete PI correspondence studies and earned the Air Force Personal Affairs diploma. She never had the opportunity to work as a PI as Raymond feared it would be too dangerous.

In 1964 Shirley & Raymond became parents of their only child Jean.  Shirley was always planning new adventures, exploring new places and brought the love of Gods creation to her family.  Her  favorite pastimes we’re reading her bible, working in the church, sewing, traveling, cooking new dishes from her garden and taking care of her family.

Upon retirement she and Raymond took up wood working and occasionally went on the road selling their creations at festivals and scheduled preaching engagements at various churches throughout America.

Shirley will be missed immensely but the impact of her life lives on in each of us!

Shirleys day of death or day of life is an anomoly as 02-02-2020 is the exact same backwards and forwards and no matter what Country format is used it is still the exact same.  The last time this happened was roughly 900 years ago!

The family will be receiving friends at 2:00 pm followed by the funeral service at 3:00 pm on Saturday, February 8th, 2020 at Dobbs Funeral Home located at 430 N. Kirkman Road, Orlando FL 32811.  Interment will follow the service at Ocoee Cemetery.