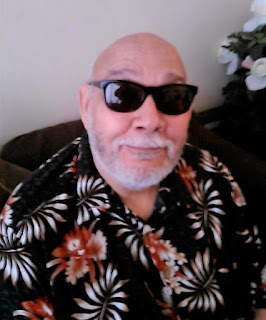 James Paul Carlo, also known as “Jim” or “Beast”, 68, passed away peacefully on Sunday, March 14th, 2021. He was born on December 17, 1952 in Morristown, NJ, along with his twin brother Peter Daniel Carlo, to their parents Vito Anthony Carlo and Patricia Hendricks Carlo. His family moved to Maryland where he grew up.

James was very mischievous and curious as a child. He was an insatiable reader, especially enjoying science fiction and books on military history and aircrafts. He was the original Jersey boy, spending many summers at his parent’s beach house in Seaside Heights, NJ where he became an accomplished fisherman and crabber. As a teen, he was a medal-winning debater and, for a short time, a high school wrestler. He became proficient at photography, auto mechanics, and an expert on military history. James was sometimes boisterous, always loud but had a tender heart for the disadvantaged and lost. He graduated from South Hagerstown High school in 1970.

After moving to Orlando, Florida James met and married his wife Betty-Jo Carlo on June 21, 1987. Together they raised their two children, Barbara Carlo and Robert Russell.

James was a strong, smart, fun, and loving man. He enjoyed history, science-fiction, books, NASCAR, movies, and making people smile. His energy and mood were contagious and he will be forever missed.

James is survived by his wife Betty-Jo Carlo; his children, Barbara Carlo and Robert Russell; his brother Peter Carlo; and his two grandchildren, Kai and Eli McLeod.

Posted by Dobbs Funeral Home Obituaries at 11:03 AM

My sister Patricia was named after James's/Peter's mother Patricia Carlo. My Mom and Patricia Carlo were in the army together and they remained friends until Patricia died. I remember when I was very little my Mom got word that Patricia had died and she was extremely upset. My sister Patricia is trying to get in touch with the family. Can you help? My Mom's name is Margaret Grey O'Brien she passed away in 2001.