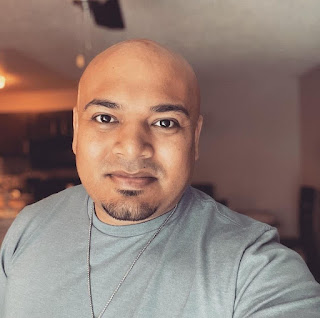 He was born in San Fernando, Trinidad and grew up in Brother’s Road, Tabaquite, Trinidad.  At the age of 4, he migrated to New York City. He attended John Adams High School. There, he made many friends and created lasting impressions on everyone.

He moved to Florida when he was 19 in 2002. He began working at Walgreens, started as a cashier and transferred to the Photo Lab. With his love for photography, he stayed working in the photo lab, where he gained experience with photos. As the years passed, his passion for photography grew bigger and bigger. He became a photographer and enjoyed taking pictures of nature and portraits.

He was married to Vidyia Ragoonanan on January 26th, 2007 in Orlando FL. Five years later, he was the proud father to a beautiful boy Roshan Arjun Bridgemohan. The day his son was born, he promised to love, protect and provide for his family, no matter what, and he did just that. He lived and breathed for his son, Roshan. He was a great husband to Vidyia and the perfect father to Roshan.

As the years passed, he moved from photography to sales. He started working at Honda in 2007 as a parts specialist. He enjoyed his work there and took pride in everything he did. He created bonds with his coworkers, some became family to him. This job became an enjoyment for him because he gained knowledge about car parts. In 2021, he moved direction to Ford, hoping to gain experience for better things in life.

He enjoyed going to Hindu temples and taking his son to music class. He extended his time and effort to anyone who needed help. He loved watching Roshan learn how to play the dholak and tabla. He invested a lot of time practicing with his son to be better at drumming. He was very respectful, caring and loving. He loved listening to religious songs and soca music. He enjoyed photography, taking long drives, going to the park, and watching Marvel movies. He loved family time and gatherings with extended family for holidays. He loved museums, playing video games, going to different restaurants but above all, he had a massive love for electronics. He was so diverse in knowing so much about different types of electronics and at times, people would turn to him for electronic help because he was very knowledgeable. He was a noble and humble man, who was loved by many.

I am so delighted I found your weblog, I really found you by accident,
And would just like to say thank you for a fantastic post and a all round entertaining blog (I also love the theme/design), FAKE DRIVERS LICENSE THAT WORKS FROM THE DMV I don't have time to go through it all at the minute but I have bookmarked it and also added your RSS feeds, so when I have time I will be back to read a lot more, Please do keep up the excellent job.

May God bless your soul Rodney and may you reunite with your father and be blessed.