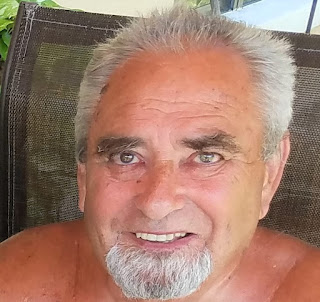 It is with extreme sadness that we announce the passing of Andre Heinrich, 87, of Bristol, WI. Andre passed away due to complications from a car accident sustained late last year.

Andre was a colorful character, with a big heart, and he will be deeply missed.

Andre was a hard-working, loving Husband and Father.  He was quick to forgive, quick to apologize and extremely generous.  With minimal resources, but plenty of drive and determination, he built a comfortable life for himself and his family.

A cabinetmaker by trade, and a jack of all trades, Andre could build and fix anything.  Andre enjoyed spirited conversations, especially about politics and religion.  He was a kind soul who would give you the shirt off his back.  At the time of his death, he was just 22 days shy of his 65th wedding anniversary with his beloved wife Camille.

We are so grateful to have shared so many years with Andre.  He lived a long healthy life, and we know he is safe, happy and free in Heaven.

He will forever be remembered in our hearts and minds as the loving, kind soul that he was and continues to be.

He is survived by his wife Camille, 94, His daughter Nicole, His son Philip and his wife, Monica.

Services will take place online on Friday February 25 at 3:00PM from Dobbs Funeral Home in Orlando, FL.  A subsequent Spreading of Andre’s Ashes Ceremony will be held at his home in Bristol, WI.  A day and time for the spreading of ashes have yet to be determined.

Posted by Dobbs Funeral Home Obituaries at 9:49 AM

I will miss and always love my Pop. Rest in Peace...