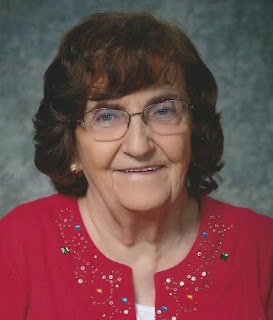 Born in Binghamton, New York March 27, 1938, to William and Lela Redner who moved there into a two-story, seven room home on 9 Kress Street after her Dad took a job with the Columbia Gas Company. She started life as a twin to Nanette, the youngest sisters to their siblings Will, Richard, Norma and Ruth – who named Nancy after their father’s sister. Nancy shared her memories of difficult times growing up during WWII with curfews and blackouts. And although the country was going through a time of depression, Nancy enjoyed wonderful Sunday meals, family reunions, Gas Company picnics and cherished the time spent with her older siblings that were either in college, married or in the military. She loved tea, reading (literature club), playing with paper dolls, roller and ice skating and occasionally going to the movies with her twin Nanette, brother Rich and friends.

If childhood can be held responsible for much of an adult's take on life, Nancy’s lifelong love of her family, friends and gatherings were born and nurtured during those difficult times. Nancy was baptized, had faith in God and attended High Street Methodist Church where she later taught Sunday school. Nancy graduated from the Binghamton City Hospital - School of Nursing on September 10, 1959 and later was re-certified as a Registered Nurse with the Florida State Board of Nursing June 12, 1964.

Nancy Redner married William “Bill” James Cairns June 13, 1959, in a double wedding ceremony with her twin sister, Nanette and John Bender and honeymooned in Niagara Falls, NY. Their first three children, Michael, Julie and Robert were born in Binghamton, New York. After they moved and began working in sunny Florida where Bill’s mother, Geraldine Misevich also lived, daughters Suzanne and Wendy were born in Orlando at Orange Memorial – the hospital where Nancy was employed as a Registered Nurse in the Emergency Department.

Nancy Cairns was not only first, a proud Mother of five children, she enjoyed being a Nurse and serving others. She was proud to run the new Orange Vista Hospital in Lake Buena Vista, a part of the Orlando Regional Medical Center as their Head Nurse. The entire staff was not only a great team of dedicated, expert emergency department professionals but also dear and supportive best friends even after the facility was closed. Nancy also enjoyed working at Sand Lake Hospital and part time in the Walt Disney World and Arnold Palmer Golf Tournament First Aid Stations.

All of the cards with well wishes, prayers and contact with relatives over the past few more difficult months were appreciated by Mom. She wanted to thank you for being a part of her life and say she loved you all dearly. If you wish to make a tribute to Nancy Cairns, you might plant a red rose bush, hang a cardinal ornament on your Christmas tree or make a memorial donation in her name to the charity of your choice. Remembrances of the many happy times with Nancy and her Cairns Clan, prayers and condolences to the family may be left on this website. Thank you and God Bless.