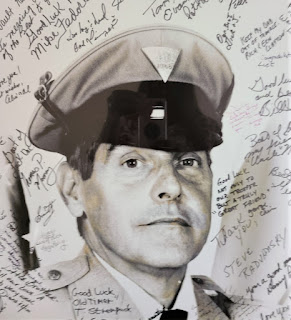 Richard R. DeGhetto passed away April 18, 2022 at 83 years old at his home in Clermont, Florida surrounded by his family.  He was an amazing man and will be missed beyond words by all those who knew him and loved him.

Rich proudly served four years in the Navy before becoming a New Jersey State Trooper in 1965. He spent almost 28 years protecting and serving his community with the New Jersey State Police, retiring as a Detective Sergeant First Class in 1991. After retiring from the NJSP, he worked as an investigator in the Warren County Prosecutors Office until retiring to Florida.

The funeral service will be held at Florida National Cemetery in Bushnell, Florida on Thursday, May 12, 2022 at 1:00 pm.

Posted by Dobbs Funeral Home Obituaries at 8:32 AM