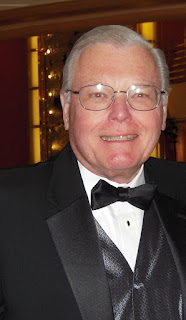 Allen Charles Layton passed away peacefully in his home in Orlando, FL on July 22, 2022. He was born in Detroit, MI, on August 2, 1939, the son of Dr. Charles Layton and Antoinette Layton.. He grew up in Miami and attended S. Broward High School. Al Layton received his initial degree in Electrical Engineering from the University of Miami. He then transitioned to major in physics and received his MS in Physics.

After graduation, he joined Auburn University where he taught physics and did research in electro optics including the interaction of light with surfaces. He accepted an opportunity to join Lockheed Martin Missiles and Fire Control (the heritage Martin Marietta Orlando Aerospace) where he focused on laser development and infrared sensors including thermal night vision systems. This work led to the development of several of the Lockheed Martin’s iconic products that are in use around the world.

He served on four NATO Industry Advisory Committees and has been granted multiple patents and awards including Corporate Inventor of the Year and induction into the Inventors Hall of Fame. His assignments have taken him to numerous foreign countries including Europe, the Middle East, Southeast Asia, and the Far East.

His work has been published in juried journals and many other publications. His final assignment prior to retirement was as Chief Scientist for Sensor Systems.

His hobbies include photography and image processing, wood working in his home shop and travel to interesting places around the world. He is survived by his wife of 53 years, Dr. Sarah Layton.

The family will be receiving friends on Tuesday, August 2, 2022 at 10:00 a.m. followed by the funeral service at 11:00 a.m. at Dobbs Funeral Home.  Interment will follow the service at Dr. Phillips Cemetery.

Allen was a brilliant scientist and a caring human with an inventive mind, and who expressed his creativity through his inventions.