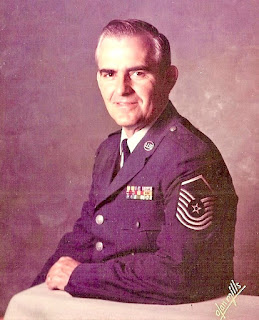 John F. Golder, age 86, of Windermere, FL passed away peacefully on Tuesday, August 23, 2022 in his home.  Beloved Husband, Daddy, Mampies, Popa and brother was born on March 22, 1936 in Enfield, England.  He was the son of the late William John Golder and Vera Lillian Golder Kucer.

John was the ultimate family man.  He didn’t hunt, golf or fish, but loved spending time with his family.  John always said, “Family is everything.”  He loved automobiles, collecting model trains and remote-control vehicles.  He enjoyed playing cards and dominoes with friends. He was a die-hard Florida State Seminole football fan!  John was a dog lover and had many cherished pets through the years.  However, his greatest joys were his wife and family.

John is survived by his loving wife of 66 years, Joretta Six Golder; his two favorite daughters and sons-in-law, Debbie & Doug Krenzer and Roni & Chris Smith; his three treasured granddaughters and grandsons-in-law, Jennifer & Dennis Cavilla, Lauren & Nick Nesta and Kirsten & Zack Kozial; his five precious great-grandbabies, Brinlee, Callie and Coleman John Cavilla and Aria and Bella Nesta.  He is also survived by two wonderful siblings and their spouses, Tom & Julie Kucer and Susan & Bill Ward.  He was preceded in death by his only son, William John Golder. 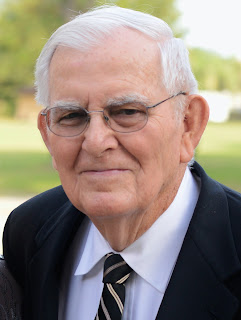 There will be a celebration of life at St. Lukes United Methodist Church on Friday, August 26th at 2pm.  4851 S. Apopka Vineland Road Orlando, FL 32819.

Posted by Dobbs Funeral Home Obituaries at 8:39 AM

My condolences to all of you.

Praying for your family 🙏
Cindi and Jeff Bowden

Prayers for everyone. I’m sorry for your loss.

My deepest sympathy and prayers are with you during your hour of grief and loss. I’m praying that your treasured memories will sustain you as God guides you through this trying time. ❌⭕️❌⭕️, Alicia

We are so very sorry to hear of John's passing. May peace, love and comfort be with all of you during this time of sadness and sorrow. Sending much love and hugs. XOXO

Our thoughts and prayers are with you all . May You hold on to those happy memories David and a Tracy Taylor

What a wonderful tribute to cousin John , sending you all love and condolences love Pauline,Colin, Stuart & Kirsty xx

We're so sorry to hear of your precious Daddy's passing Debbie. You and your family are in our hearts and prayers. 🙏
Chuck and Kathy Tompkins

So sorry for your loss Debbie. Sending hugs and prayers. Diana Greer