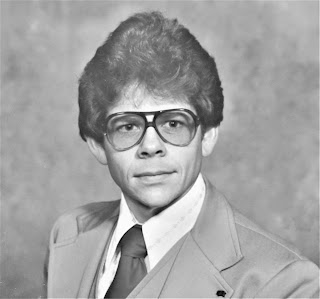 Roger Fred Hurlburt was born to Fred and Minnie Hurlburt on September 11th, 1945 in Cincinnati, Ohio. Roger was the youngest brother to three sisters, Ruth, Alice, and Lamar. After graduating high school, Roger enlisted into the United States Navy to serve his country during the Vietnam War. Following his tour overseas, Roger left the Navy and used his expertise in Information Technology to manage some of the earliest computer systems at General Electric. During his time at GE, Roger attended night school at the University of Cincinnati (Go Bearcats!) where he graduated with a degree in accounting.

Roger met the love of his life, Dana Lynn Hurlburt, at a singles event at College Hill Presbyterian Church in Cincinnati, Ohio. He courted Dana for two years, and they wed on May 24th, 1980. Roger cherished his new role as a father to Dana’s young daughter, Devyn. Three years later Roger and Dana began their adoption journey and welcomed Caleb, Sylvia, and Benjamin to their loving family.

Throughout his career, Roger prioritized his family above all else, taking on various positions to ensure the family was well provided. He worked his way through part time jobs, night shift work, and moved his family to Orlando, FL in search of greater opportunities. All the while, he remained strong and steadfast in the plan that he knew God had for his life. He finally received his retirement from the City of Kissimmee after working as an accountant for ten years.

Roger’s core values centered around his faith and his family. His faith and love for Jesus Christ guided him throughout his life since an early age. Roger toured as a gospel singer with his band, The Crownsmen, and volunteered as lead drummer for the praise team at his church. During the COVID shutdown when Roger could no longer attend church in person, he still maintained his passion to serve the Lord, volunteering as an online host for First Baptist of Orlando.

Roger Hurlburt went to be with his Lord and Savior, Jesus Christ, on November 12th, 2022 at the age of 77. He is survived by his wife Dana, his daughter Sylvia, and his sons Caleb and Benji. In lieu of flowers, the family asks that you kindly donate to Tunnels to Towers, a charity that benefits families of first responders and veterans who were either injured or killed in the line of duty. As a volunteer firefighter, this was Roger’s favorite charity of which he was a regular supporter. Donations can be made at www.t2t.org.