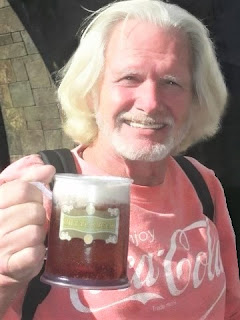 Martin "Marty" Kreppein, age 70, of Orlando, FL passed away Friday, October 14th, 2022 at Dr. P. Phillips Hospital.  He was born in Richmond Hill, NY, the son of the late Mary (Devine)  and Gustave  Kreppein and was employed as a mason with New York City Transit.
He graduated from Bishop Loughlin Memorial High School where he was a track star, holding many records for generations, some only to be broken by his own grandson.  He could possibly still hold one record.  This is a legacy he was very proud of.
Marty was a very devoted Catholic and loved praying for others and feeding the poor and homeless.  He devoted many years of his life researching and writing a screenplay about the life of Saint Pio of Pietrelcina, "Padre Pio".  He was a Benedictine oblate  lay brother.  Outside of religious devotions, Marty was known for his love of Coca-Cola, The New York Yankees, Harry  Potter and watching movies.

Public Viewing was held on Friday, October 21st, 2022 at Dobbs Funeral Home in Orlando, FL . The funeral mass was held Saturday, October 22nd, 2022 at Sacred Heart Traditional Catholic Church in Orlando, FL  with Reverend Jonathan E. Derrington officiating.  His final resting place is on the grounds of the church.

The family asks that you keep him in your prayers and continue to pray for the living and the dead.  They ask Catholics to say a rosary in his name and to remember him at Mass.

Posted by Dobbs Funeral Home Obituaries at 10:20 AM