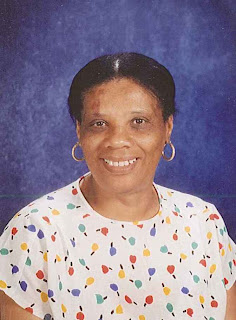 I miss you mom. You will forever be missed. Love you always & forever. See you at the pearly gates soon. Stay Blessed mom. From your son richie :')

Fantastic goods from you, man. I've be mindful your stuff previous to and you are just extremely wonderful. I actually like what you've bought right here, certainly like what you're saying and the way through which you say it. You make it enjoyable and you continue to take care of to keep it smart. I can not wait to read much more from you. That is actually a tremendous web site.

I visit everyday some blogs and blogs to read articles or reviews,
but this webpage provides quality based posts.

certainly like your web-site however you have to take a look
at the spelling on quite a few of your posts. A number of them are rife with spelling problems and I to find it very bothersome to
inform the reality on the other hand I'll certainly come again again.

Hello, i think that i saw you visited my weblog so i came to “return the favor”.
I am attempting to find things to improve my site!I suppose its
ok to use a few of your ideas!!

I am really pleased to read this website posts which consists of lots of
useful information, thanks for providing these kinds
of statistics.

Having read this I thought it was really enlightening.
I appreciate you finding the time and effort to put this content
together. I once again find myself spending a significant amount of
time both reading and commenting. But so what, it was still worth it!

It's impressive that you are getting ideas from this article as well as from our discussion made here.

I was very pleased to uncover this web site. I want to to
thank you for your time for this particularly wonderful
read!! I definitely loved every bit of it and i also have you bookmarked
to see new things in your blog. I wanted
to share with you that, I bookmarked Blogger: Dobbs Funeral Home Obituaries at StumbleUpon so my family can learn from it also.
May I also share a tip. Getting excellent video marketing could well be incredibly
tough. I find it most favourable to speak to a a Amazing San Diego Bankruptcy Lawyers.
Our staff of San Diego Probate Lawyer are here to help you with all your legal
necessities.

Good day! Would you mind if I share your blog
with my facebook group? There's a lot of people that I think would really appreciate your content. Please let me know. Many thanks

Take a look at my weblog: nude male