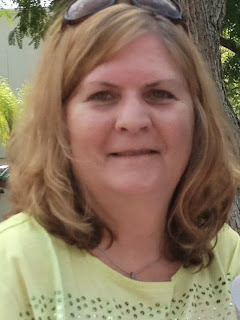 Cheryl Darlene Skinner,  age 58, of Orlando, FL, passed away at  Saturday, October 12th, at her residence.   She was born in Clermont, FL the daughter of the late Nancy Virginia (Newman)  and Lester  A. Harville.  She served in the U.S. Army. and moved back to Central Florida from Ohio in 2001 and was employed  as a by NAPA Auto Parts as a store manager.
Cheryl leaves to cherish her memory;  two daughters, Carmyn Yeager of Waynesville, MO;  Sharon Overstreet of Orlando;   son Dave Overstreet (Autum) of Portland, OR; brother Terry Harville, of Little Rock, AR. and 4 grandchildren, Alexis Yeager, Joseph Coutee, Scottie Yeager, Hemi Hannah.
The family will be receiving friends on Thursday, October 17, 2013 from 5:00 until 7:00 pm at Dobbs Funeral Home.  The funeral service will follow visitation at 7:00 pm with Pastor Thomas Hensley officiating.
Posted by Dobbs Funeral Home Obituaries at 1:09 PM

I am so sorry to hear of the passing of your dear loved one. As you prepare to lay your loved one to rest; to sleep in death for just a little while(John 11:11) I hope your family will find solace in the promise of Jesus to awaken those who are now sleeping in death(John 5:28,29) to restore them back to life; this time with the hope to live eternally on the renewed Paradise earth, so that God, the Father’s will, will be done on the earth.-Matthew 6:9,10; Luke 23:43. Until that wonderful blessed promise is fulfilled, may Jehovah God soothe your grieving hearts now and grant you peace and comfort, during this most sadden time; until you are reunited with your loved one again .-Matthew 5:4.

I am really sorry for your loss and I hope that everything is at peace with everyone. I hope that the funeral home took really good care of her. Keep living strong and always keep your heads up.

Sharon, we are so sorry to hear about the passing of your mom. We are thinking of you and your family at this time and trust you will find great comfort in your memories of the happy times you shared together.