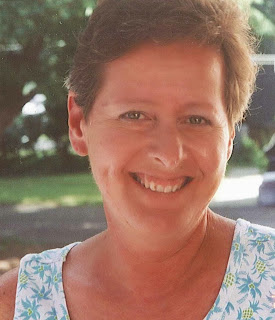 Diana Marie Dyche, age 59, of   Orlando,  passed away Wednesday, October 30th, at her residence.    Diana was born in Bronx, NY the daughter of  Josephine (Mobilio)  and Walter  France.  She was employed as a florist and was a loving mother, sister and grandmother.
Diana leaves to cherish her memory,  daughter Amanda Rogers of Kissimmee, FL;  son Michael Dyche of Orlando;  two sisters, Joyce Keegan of Suffern, NY.,  Florence DeStefano, of Suffern, NY.; three brothers Nick France of New York,  Walter France of North Carolina, Frank France of Suffern, NY;  2 grandchildren, Phoenix Dyche of Winter Garden and Kara Rogers of Kissimmee
The family will be receiving friends at Dobbs Funeral Home on Saturday, November 2, 2013 from 3 until 4 pm followed by a Mass  at 4 pm .
Posted by Dobbs Funeral Home Obituaries at 4:26 PM

I am so sorry to hear of the passing of your loved one. As you prepare to lay Miss Diana to rest; to sleep in death for just a little while (John 11:11) I hope your family will find solace in the resurrection promise of Jesus; to awaken those who are now sleeping in death (John 5:28,29) to restore them back to life; this time with the hope to live eternally on the renewed Paradise earth, so that God, the Father’s will, will be done on the earth.-Matthew 6:9,10; Luke 23:43. Until that wonderful blessed promise is fulfilled, and you are reunited with your loved one again; may Jehovah God soothe your grieving hearts now and grant you peace and comfort, during this most sadden time..-Matthew 5:4.

Amanda,
Thinking of you and your families during this sad time. Very soon our loving heavenly Father will remove death once and for all and give us the opportunity to see our loved ones again. (Isaiah 25:8) You're in our thoughts.

Love you Mom may you Rest in peace. Life will never ever be the same without you. I miss you so much. Until we meet again....I will care for Mike and the girls. Love you always and forever Mom <3