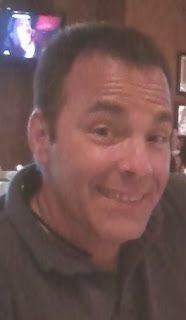 The family requests that donations be made to
St. Jude's Children's Hospital at www.stjude.org
or the Make a Wish Foundation at www.wish.org

I miss you my dear friend, there will always be a hole in my heart because you are gone from us. I love you Joe, your friend, Velvet

I will never forget you Chief. You taught me about how to be a great paramedic and taught me how to be a better person. I love you brother. -Curtis

I was saddened to hear that Joseph had passed away, but what helped bring comfort was to find that the Bible speaks of a time when death will be done away with:

I will miss you, son. You always made me laugh and you said the sweetest thing when I had to retire. You will be missed and loved forever.

Joe was many things to many people. To me he was that infectious grin, the jaunty walk, the supplier of salt water taffy and the guy who would tell it like it is...but he would say it in a way that made you stop and think! Thanks Joe for being real. Much love to his family and to Heather. I know they will miss him! There are holes in a lot of hearts but I'll always remember Joe's grin! Thanks, Joe!

I haven't seen or worked with you in ages and still see that quirky grin as if it were yesterday. Thank you Joe for the lessons learned and the laughs. You will be missed. God brought home a good man and gave us a great Angel. God bless your family and friends because you are in good hands. Rest brother. We have it from here. ~ Traci N

Wish I was a picture person. But I never have been. Haven't been to sleep. Couldn't stop thinking about our history. You, me, Charles(Sometimes his brother) and Barry use to spend 15-20 hours straight playing RIFTS or CyBrPnK. PAINTBALLIN' when it was new. Before all the damn rules. How we would all talk some crazy *** SH**! How you made me break my toe!! How we sought adventure everywhere we could. Me with my KF and You with your TKD How we wanted to go out into the world and do some good in it. And how you kept right on going and seeking the adventure. You love life. You loved fun. YOU LOVED YOUR FRIENDS AND FAMILY! But fate choose different paths for us and I wasn't there when I should have been. We knew the risks involved in our world and we constantly adapted to them and accepted the consequences and Rejoiced in the Victories. You where always head first. And went with a laugh and a smile.(Right outta Clown School) ISJ.lol.Perkins Jerkon's LOL. Back when Joe D Jr was born when he would sit up with us late through the night with us when we were RPG'n OUT. And Allison. Little Allison. Where was I during the OJ Simpson June 12, 1994 Car Chase? At your house RPG'N OUT. And no matter what life had in store for you, you took in stride. You had an outlook on life I couldn't match to this day. You were by far one of the Greatest Men I have ever known. I now no one is perfect but DAMN IT YOU TRIED! I am Honored to have called you FRIEND. I WILL ALWAYS CALL YOU FRIEND!

Joe, You were a kind and gentle soul who had a smile for everyone you met. No matter how long it had been between us seeing each other you always had a warm hug and a smile like we had just seen each other yesterday. The world has lost another great man who will not be forgotten. Rest in peace my friend. My sympathy and prayers to all your family and friends. -Anna

It was beautiful as long as it lasted
The journey of my life.
I have no regrets whatsoever
Save the pain I'll leave behind.
Those dear hearts who love and care...
And the strings pulling at the heart and soul...
The strong arms that held me up
When my own strength let me down.
At every turning of my life I came across good friends,
Friends who stood by me,
Even when the time raced me by.
Farewell, farewell, my friends
I smile and bid you goodbye.
No, shed no tears for I need them not
All I need is your smile.
If you feel sad do think of me
For that's what I'll like when you live in the hearts
Of those you love, remember then
You never die.

My heart goes out to Joseph's family. God can sustain you. Revelation 21:4 says that one day death, mourning, and tears will be gone. We look forward to that time. You're in our thoughts.