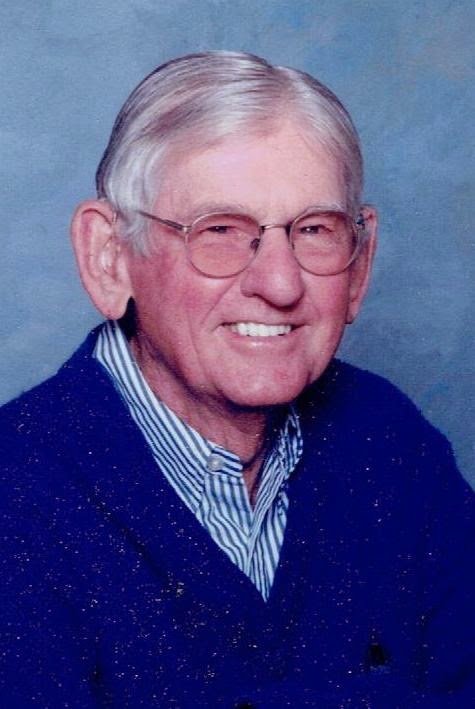 Charles Edward Hawthorne, age 90 passed away August 1, 2014 from pulmonary complications following knee replacement surgery.
A fourth generation descendant of homesteading West Orange pioneers, Charles was born on February 13, 1924 to Thomas Claude and Mary Lucy Hawthorne.  He also had a lifelong interest in politics and served as a member of several water management authorities.  Gator football game days were sacred and strangers were only "friends he hadn't formally met".
A 1943 graduate of Riverside Military Academy in Gainesville, GA., Charles immediately enlisted in the Army Air Corps and participated in 49 missions as a tail gunner on a B-25 over Italy and  Germany.  Shortly before he shipped out, he married his grade school sweetheart, Grace Brown, of Winter Garden.  At the conclusion of World War II, he and Grace moved to Gainesville where he completed a BS in Agriculture under the GI Bill, graduating in 1949.
Returning to West Orange he began operating a citrus management company and acquired properties with opportunities to grow citrus.  Before the freezes of 1983, 1985 and 1989 his company managed over 7,000 acres of citrus being harvested for juice and fresh fruit.  Still desiring to be involved with horticulture he embarked into ornamental plants starting CharleStan Landscaping Nursery in Winter Garden and on the family homestead.  He loved nurturing his plants and worked at the nursery until he was 88.
He served on the board of Florida Citrus Mutual and had a call in radio show relating to citrus management.  In addition he was active in Lion's Club International and the Winter Garden Baptist Church.
Retirement included traveling the US, Canada, Europe, Asia and Africa.  Charles and Grace celebrated 52 years of marriage before she passed away in 1997.  He subsequently met Alice Hoelzer of Deland Traverse City, Michigan on a Farm Bureau Tour of the Netherlands in 1998.  They  married in 2000 and moved to King's Ridge, an active adult community in Clermont.  This served as their base for exploring the globe.  Even with the constraints of Alzheimer's they were able to take a Road Scholar trip to Chincoteague Island in May and explore the art museums in St. Petersburg and Tampa in June.
Charles was predeceased by his oldest child, Gretchen, in 1994.  His descendants include sons, Chuck (Louise) and Stan (Sherri) of Windermere, Florida, 6 Grandsons, 4 Granddaughters, 13 Great Grandsons, 5 Great Granddaughters and 3 babies expected later this year.  He was also predeceased by his older brother, James and his younger siblings, Betty (Shuman) and William.
In lieu of flowers, memorials may be made to Mike Conley Hospice House of Cornerstone Hospice, the Alzheimer's Foundation, the Winter Garden Heritage Foundation, Oakland Nature Preserve or a charity of your choice.
A Celebration of Life will be held at Oakland Presbyterian Church on Saturday, August 9th at 11:00 am.  Professional Arrangements by Dobbs Funeral  Home, 407-578-7720
Posted by Dobbs Funeral Home Obituaries at 3:07 PM

Chuck I want to extend my condolences for the loss of your father. I found out at one of the large LHS Reunions that he was a lakeview grad. I think it was a couple of years ago. I know he did a lot for LHS athletics and as an athlete I really appreciate what he did. He got us real quality coaches in Heckman, Giannamore, and Lopo!! Coach Craig was a very good basketball coach and I know your dad had a hand in getting them to LHS. We have each loss a father, mother and a sibling, so I know how it feels.

Our prayers are with your family during this time of grief. Losing a parent is hard at any age. May you gain comfort and strength from the Scriptures. John 5:28,29 says that Jesus will resurrect the dead in the future, so we can enjoy their company once again here on a paradise earth. I hope you find that comforting.