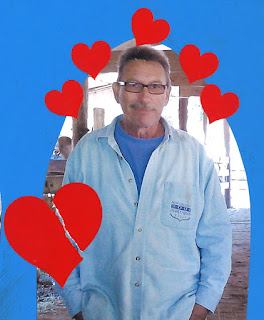 Lee Paul Foerster was born to George and Doris Foerster in Cleveland Ohio on August 7, 1953. In the early morning hours of Sunday August 9, 2015 Lee crossed over into the spirit world.

Lee was a generous and loving man. If you were lucky enough to be counted as one of his friends, you knew that his true nature was kind and playful. He was always willing to listen, to lend money, to lend a hand, or give his opinion.

Lee brought fun into the lives of almost everyone he touched. With his infectious grin and his engaging personality, he could light up any room he walked into. He loved life and he ENJOYED life. He made it his mission to enhance his family time with spontaneous vacations and adventures. He liked to put the car on cruise control and tell his baby daughter Samantha, "Let's see where the car takes us!" She always said "I hope its somewhere fun". And it usually was. We went there, we did that,....we usually bought the T-shirt!
Lee worked as hard as he played. Employed as a dispatcher for a trucking company in Ohio, he headed for sunny Florida in 1978, after a brutal snowstorm. He worked for a variety of companies throughout Central Florida, including Buena Vista Construction, Home Depot, Builder's Square II, where he met the love of his life, KoJo Industries, (who sent him to Aruba), 84 Lumber, and ending his career at Bar Harbor Seafood where he was employed for almost 20 years. Over the years he became a Master Of All Trades.

He is survived by his beloved daughter Samantha, his heartbroken wife Ellyn, and his stepson and friend Robert Lee Tidwell, as well as his older brother Rich Foerster and his wife Shiela, thier children Richie Foerster and his family, Angel Marshall  and her family, his younger sister Lisa Yeager and her children Brittany and Nico Yeager, and of course, his two "Boys" Jake and Hershey his Chocolate Labs.

He also leaves behind COUNTLESS wonderful friends whose lives he has touched in so many ways, and whose lives will now forever feel that void. Lee always tried to make memories and memories are what he has left to us.

Lee, you are now and always will be so very loved and missed. 77777 yeah yeah yeah!

I am truly sorry to hear of the passing of your loved one, please accept my sincere condolences. I hope you will find some comfort and strength in Jesus promise of the earthly resurrection(Acts 24:15)and the renewed Paradise earth, where death will be no more and no family will mourn the death of a loved one.-Revelation 21:3,4;John 5:28,29;Luke 23:43. May GOD(Psalms 83:18)grant you peace and comfort now, during this grievous time.Matthew 5:4.