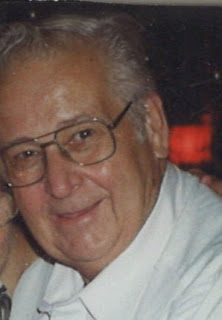 I WILL MISS YOU MY DAD I AM SO GLAD I WAS HERE TO TAKE CARE OF YOU. I WILL MISS OUR TALKS AND LAUGHS WE HAD. I KNOW YOU ARE NO LONGER IN PAIN AND ARE IN HEAVEN WITH UNCLE JACK AND BOTHER OF YOU ARE CATCHING UP ON THINGS.

Though I did not know you, I wish your family heartfelt condolences. I am the Great Granddaughter of Macy Ellen Dement McGinnis through her daughter Dovie Esther and her daughter, Dovie Alene.