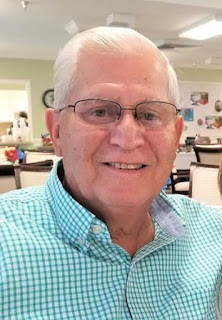 Ramon (Jimmy) Jaime Lopez was a caring husband, father, grandpa, brother, uncle, and friend. He went home to be with Jesus on Thursday August 19th 2021 at the age of 78. He died peacefully at home surrounded by his wife and family members.
Ramon was born to Francisco and Lorenza Lopez on July 22nd 1943 in Manati, Puerto Rico. After the passing of his mom he was raised by his dad till the age of 11. Together they enjoyed his favorite pastime - fishing.
In 1954, he left his beloved island in “El Campo” to move in with his oldest sister, Isabel. She had an apartment in the “projects”, which was located in a section of the Bronx. New York City would change his life forever.
In 1960, he met his wife and courted her for 5 years before getting married on November 27th, 1965. After enjoying their life as newlyweds, they went on to have two children.
Ramon and Theresa moved the family to Orlando, Florida in 1979. This is where he would reside for the rest of his days.
Ramon had many jobs, but he had a big heart for the elderly. He was blessed to be a part of Split Rock Nursing Home in the Bronx, as well as Central Park Village in Orlando.
Ramon was a lifelong boxing fan and rarely missed a fight. His love for Spanish music and avocados were undeniable. Most of all, he loved his family. They adored him and he was very fortunate to always be encircled by them.
Ramon leaves to mourn: his faithful wife Theresa, son Raymond (Yadira), daughter Anna Marie (Daryl), grandchildren; Thomas, Olivia, and Alex; his sisters Lydia, Ramonita, Constancia, and Maria Del Carmen. Also mourning him are many nieces, nephews, devoted family, and friends.
He is predeceased by his parents, two brothers, and two sisters. Ramon left a lasting impression on everyone he met. He will be missed dearly. Ramon was a warm-hearted man and our love for him will live in our memories forever.
The family would like to express our gratitude for the wonderful help and tender care given by Cornerstone Hospice. We would like to express our heartfelt thanks for all the prayers, kind words of encouragement, and support during this difficult time. Thanks to Dobbs Funeral Home for excellent service with making all of the arrangements, and to Jeff Thompson at First Baptist Church of Orlando for graciously meeting with us to make the service such an honorable day for Ramon.
A viewing will take place at 1pm on Wednesday, August 25th 2021 at Henry's Chapel, located at First Baptist Church of Orlando (3000 South John Young Parkway Orlando, Florida 32805). A service will begin promptly at 2pm at the same location. The service will also be livestreamed for family and friends unable to attend. This can be viewed on both Facebook and Instagram. Further information on the matter can be found on Anna Marie Lopez-White  and Theresa Saavedra Lopez’s social media accounts.
Posted by Dobbs Funeral Home Obituaries at 11:25 AM

My sincere condolences to my aunt and cousins and family. Uncle Jimmy was one of a kind! I shall truly miss him. It was a honor to know him. My family and I send our prayers for comfort and peace!

15¶For this we say unto you by the word of the Lord, that we which are alive and remain unto the coming of the Lord shall not prevent them which are asleep.
16For the Lord himself shall descend from heaven with a shout, with the voice of the archangel, and with the trump of God: and the dead in Christ shall rise first:
17Then we which are alive and remain shall be caught up together with them in the clouds, to meet the Lord in the air: and so shall we ever be with the Lord.
18Wherefore comfort one another with these words. Amen. I love you tutu!