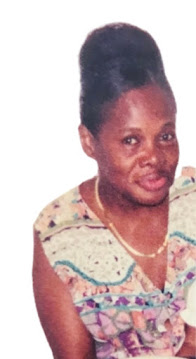 Celebrating the life of Cecily Idona Harvey, who was born on May 5, 1949 in Phillips’ St. Kitts. She was the first born of nine children by Viola Brownbill Warner & Stanley Sharry, but was raised by her grandmother Jane Ceaser. Cecily attended the Molineux & Estridge primary schools. Cecily relocated to St. Thomas US Virgin Islands at and early age where she worked in the hospitality industry for many years.

Cecily accomplished becoming a naturalized United States citizen on October 2, 1998. She later relocated to Orlando, FL where she worked in the cafeteria at Postells Daycare. Cecily began to fall ill and as a result ended up residing at the Lake Bennett Rehabilitation Nursing Home, until her untimely passing. Cecily is survived by her seven kids; Steve Sharry, Courtney, Avril, Monique, Jackie, Glenville and Ebony Harvey. As well as her grand and great grandchildren which there are too many to mention.

Posted by Dobbs Funeral Home Obituaries at 10:31 AM

Mommy, You are definitely going to be missed. You was such a sweet, humble woman. I will forever love you for that. Until we meet again Rest in Paradise. Love Kyemba

Cecily was the sweetest grandmother along with myself to two beautiful young ladies Monea, Monesha Harvey. Cecily and I would talk and laugh together sometimes for hours. Talking about our children leaning on each other as mothers and grandmothers. This woman had such a kindred spirit. She loved her children unconditionally. She did everything she could within her power to take care of her children. When she became ill that's when I am so sad to say we loss communication with each other. She has been missed by me. My Angel has her wings. Rest on the right hand side of the Lord my Sista. We love you.

Cecily you was such good person, a good wife and a very good mother and father to your children. I use to look forward to visit you Sundays when you all was living by Zinky Smith area. All the good food you cooked and the good conversation we shared. You done your share of good deeds on earth so the good Lord sees it fit call you home. The Lord have laid up crown in Glory and you are resting in His bossom. Your will remember all that you did and will all the oher persons you have help. Sleep on my sweet friend and rest in eternal peace.

Ms. Harvey, you were there for me on so many occasions , i can’t even count, and I will never forget. Allana loved being up under you when she was young, because you gave her cooked food and i only gave her McDonalds lol. Thank You for everything. Look over my girls, they need you. Rest in Heavenly Peace… The Angels got a good one with you beautiful. Love Always Marcia…

Ms Harvey my heart ❤️ aches right now but I know you are at peace without pain or worry .
You were special and that's no lie
You brightened up the darkest day
And the cloudiest of sky’s
Your smile alone warmed lot’s of hearts
The hurt will ease in time
Many tears I have seen and cried
They have all poured out like rain
I know that you are happy now
And no longer in any pain. You meant so much to all of us
You were special and that's no lie.
Your love we will not b forgotten. Picturing Your smile alone warms hearts and souls.

Mrs Harvey you was a blessing to me when I first met you.you are kind a loving person I love your cooking that you did on sunday. U will truely be miss.

Your children speaks volume. They always wanted you near and showered you with love. You will be missed. Through the years, each party and family event I attended you were the center attention and such a sweet Lady. Only great mother’s leave this kind of impact and legacy with their family. I know your family will continue to keep you proud on earth, as you rest in heaven.

"WE NOW HAVE AN ANGEL WATCHING OVER US"
REST IN HEAVEN!

Thank you for your unwavering kindness to my son and I in time when we needed a help hand. 🙏🏾