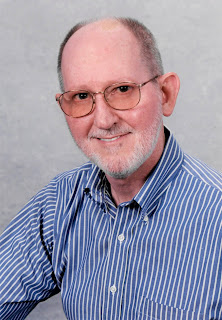 Buddy graduated from Lakeview High School, Class of 1953.  Shortly after, he joined the Armed Forces as an Airman First Class until January 16, 1963.  He was stationed at ITAZUKE Airbase in Fukuoka, Japan for most of his tour.

He later returned to his hometown of Ocoee, FL where he secured a position with Lockheed Martin as an accountant working on special projects and making a difference within the company.

Buddy loved his family and friends and often spoke about how much he enjoyed attending the Conrad and Hawthorne family reunions.  He especially loved his sister Brenda, as they were always together and were inseparable, always making sure to take care of each other.

When he wasn't with family or friends, Ray was an avid participant with his church overseeing the switchboard for the music and all for the less fortunate, always  helping with the food banks or the Veterans.  He enjoyed reading books and watching documentaries.

Buddy is now reunited with this father Leo Conrad, mother Willie Conrad, and two sisters Brenda Conrad and Ila "Doris" Deal.  He is survived by his niece Beverly Brown and two nephews, Scott and Roberts Owens; followed by four great nieces and three great nephews, five great great nieces, nephews and several cousins.  Buddy will be missed but will rest with his family.

Posted by Dobbs Funeral Home Obituaries at 10:09 AM

Mr. Ray will truly be missed by me.Toni