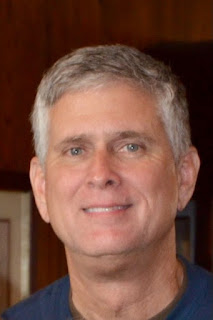 William “Bill” Yamber passed away on August 13, 2022, after a spinal cord injury and paralysis due to a car accident. Resistant to Christ his whole life, he eagerly accepted Jesus as his Savior in his last days, so we find hope in the promise that we will see him again. He is now without a doubt shouting victory in Jesus.

Born in Augusta, GA on February 10, 1954, he was adopted by William “Bill” J. and Minalie “Peg” M. Yamber. Bill grew up as an only child and Army brat living in Georgia, California, Massachusetts, Virginia, Germany, and Florida.

An upstanding man, living by a code of honor and integrity, Bill committed his life to the service and protection of others, first to his country as a 1st Lt in the Army. Hooah! He took pride in being a paratrooper in the 82nd Airborne division, Military Police, and Florida National Guard Reserves. He held great pride in the military and service to his country. In addition to the military, Bill protected his community as an Orange County Deputy Sheriff and retired after 30 years of service. Specifically, his career included Road Patrol, Criminal Investigation Division, SWAT, Dive Team, and Voice Stress Analysis in Personnel.

Bill enjoyed time with friends and family; it was at these times his quiet nature could really open up to cut a corny joke or two and zing a sarcastic and “sensitive” line. He loved seeing old coworkers at retiree breakfasts and tailgating with his longtime Lamda Chi Alpha (LXA) brothers before sweating in the SWAMP for an assured Gator victory. To say he was an avid Gator is an understatement. He has seen many Gator greats, with Danny Wuerffel as his favorite. From the painful days of 70s to the highly anticipated new Billy Napier era, in “all kinds of weather” Bill bled orange and blue! In recent years, he enjoyed traveling with Linda and a few LXA brothers and their wives.

When not crashing, he loved to ride his bike and scooter. He also could be found in front of the TV watching the stocks, news, old Gator reruns, or latest cop drama. A man of impeccable taste, his favorite meal was a #1 (whatever that happened to be) or hot dogs, chips, and a coke! He was a master of mess, one minute phone calls, few words, pinching two cents out of penny, a fashion icon, and technology bewilderment.

Bill did not often wear his heart on his sleeve, but he cared deeply for his friends and family. He was a good, dependable man. He viewed providing for his family of utmost importance, valuing being a son, husband, father, and brother. He was tough and brave, and a kind, generous, and good friend.

In Bill’s final days, he was at peace with the reality of his circumstances and the assurance of spending eternity with the Lord. As Linda put it, “He worked for an hour but received a full day’s pay.” Matthew 20:1-16. He and his family were blessed with support, prayers, and visits from pastors providing his last communion, friends, fraternity brothers, extended family, coworkers, and incredible neighbors. Special thanks to Colleen Gregory, Lynn Stickley and Glen and Kelly Gettings. God’s presence was so evident, and He graciously gave the gift of time to Bill, Linda, Courtney, and Griffin.

After the passing of his parents Bill and Peg, he was fortunate to meet his birth mother Helen Greene, stepfather Roy (deceased), and five of his siblings Ronnie, David, Lynn Spring, Scott, and Robert and their families. He was predeceased by sister Debbie and brother Kerry. He is survived by his wife Linda of 38 years, daughter Courtney of whom he was incredibly proud, and his favorite dog Ben Hill “Griffin”. He is additionally survived by his mother in law Edith Childs, sister-in-law Joanne Davis, brother-in-law Kirk Chadwick, and several Yamber cousins with whom he shared many memories.

Bill would be honored for you to wear a tribute of some orange and blue. However, he would completely understand if it would pain you too much, as there are several colors he would not wear himself!

In lieu of flowers, please consider donating to:

Posted by Dobbs Funeral Home Obituaries at 8:44 AM

So sad to hear this news. Bill was an amazing detective who always had time for junior investigators. His always positive approach to life was contagious. I will miss seeing him on the moped or walking the neighborhood. Linda and Courtney you are in our thoughts and prayers.

My brother Bill I’ll miss our talks about the Gators football program and your words of wisdom. It was an honor to serve with you with the Orange County Sheriffs Office. RIP my friend till we meet again!

Bill served with me on my first Uniform Patrol Squad for OCSO in 1980. Bill was top notch and became my friend. Bill and I worked together for many years for the Bay Hill Property Owner's Association Off Duty Deputy Program. Bill called me last year when one of our mutual friend's from Bay Hill died. I also got to chat with Linda during that call. We caught up on past times, since I have been gone from the OCSO for 20 years. I attended Bill and Linda's wedding, followed both of their careers and Courtney's birth. I will always keep Bill in my heart; and Linda and Courtney in my thoughts and prayers. My wife Glen will do the same as an OCSO retiree, who knew Bill and worked with Linda. I was blessed to share in Bill's life and look forward to Bill helping to usher me into the glorious gates of Heaven.
Jack Peaden

I’m deeply saddened to hear of Bill’s passing. I met Bill as a SWAT deputy before 1995 when I joined the Sheriffs Office. I worked with Bill in the Sex Crimes unit. I am honored to call him a friend. Bill was one of the most soft-spoken, down to earth, and genuine character I know. I had the utmost respect him. I always enjoyed his company and congratulations. Bill and John Mock took me to my first Gator game in 1995. I’ve been a Gator fan since. My heart goes out to his lovely wife Linda, and his family, who he loved deeply and spoke of often. I’m glad to know he accepted the Lord Jesus as his savior. I’ll never forget Bill, and his influence on my life. I loved him as a dear friend. He will be missed.

Dear Linda so sorry to learn about Bill. You and Courtney are in my thoughts and prayers. Glen Peaden

I worked with Bill in Background Investigation. He was one of the good guys I’ll always remember. RIP Airborne