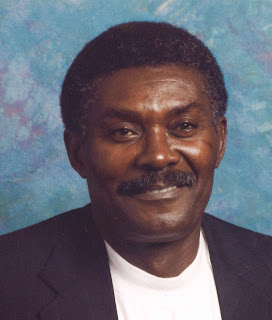 Pastor (Pasteur) Anis Aris was born La Croix Saint Joseph Port-de-Paix, Haiti on October 20, 1942 to Soigneuse Michel and Afrancoeur Joseph Aris. In May of 1964, he left Haiti for Nassau Bahamas. In 1978, he left Nassau Bahamas and moved to the United States and began a new life with his wife Exancia and their children.

From 1989 to 2009, Pastor Aris served as a Senior Pastor for the First Pentecostal Church of Orlando. Pastor Aris always found the strength to help others even when times were hard.   He was a role model and an example to others on how to be courageous and loving.  He strived to support his family and cared for them deeply and instilled in them the Christian heritage and the duty to always serve God and others.

Pastor Anis Aris was called home by our Heavenly Father to end his journey here on Earth on April 26, 2015 at 7:35 pm. Although he is gone in the flesh, he will never be forgotten.  He will always remain in our hearts.

Pastor Anis leaves behind to cherish his loving memory:


The family will be receiving friends at Shiloh Baptist Church located at 604 W. Jackson Street, Orlando Florida on Friday, May 15, 2015 from 6:00 until 8:00 pm.  The funeral service will be held at the church on Saturday, May 16, 2015 at 11:00 am.  Interment will follow the service at Greenwood Cemetery in Orlando.
Posted by Dobbs Funeral Home Obituaries at 9:41 AM