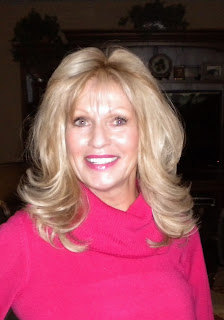 Hedrick, Sherra Gail McNair, age 70 passed away peacefully last May 21, 2015 in her home after a 5 year battle with cancer. Born on May 2, 1945 in Wrens, GA. to parents William (Felix) McNair and Marion (Shine) Lamb McNair. Lived in South Carolina where she was a fashion designer in the early 70's and later operated a small candy company called Sherra's Sweets. Moved to Florida and became a franchise consultant and a homemaker last 15 years. Lived in College Park for the past 25 years where she had many friends. She was preceded in death by her husband of over 20 years, David W. Hedrick, who she loved so dearly.

She is survived by her son William J. Duke Jr. Her significant other Frank L. Harris and the numerous other family and friends who where privileged to know her. In her final days she was at peace surrounded by family and friends. She was a loving and devoted person to help anyone she could and we all love her for that. Now she is at peace with the Holly Spirit. A visitation will take place on Tuesday, May 26, 2015 between 6:00pm to 8:oopm and at 7:00pm a family friend will be conducting a celebration of life service at Dobbs Funeral Home, 430 N. Kirkman Rd. Orlando, FL 32811, 407-578-7720, www.dobbsfuneralhome.com. Services in Wrens City Cemetery in Georgia will be on Friday May 29, 2015 at 5:00pm. Where that will be her final resting place. In lieu of flowers Dobbs Funeral Home and donations to American Cancer Society and United Way.

Please accept my deepest condolences. I am so sorry to hear of your loss. First and foremost to her to leading men, William and Frank, but also to her entire family and friends which are so many. We are truly blessed to have such an angel in our lives. Sherra, God Bless You and thank you and Sunshine for helping me see the Light. Love to all, Scott.

My condolences to the family. May you find comfort in knowing the true state of your loved one (Ecclesiastes 9:5; Psalm 146:4) and in God's promise to do away with death soon (Isaiah 25:8).

I would like to offer my deepest sympathies to you. All of us have experienced the loss of a loved one. I am so sorry for your loss. Please know that you are never alone. Turn to the Holy Scriptures for guidance and to help soothe your heart. Psalms 34;18 assures us that God is near to those broken at heart and crushed in spirit. And you can also visit jw.org for more comfort .Please accept my deepest sympathies.