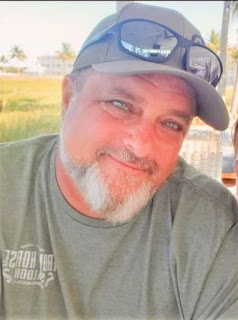 Jason E. Guarino, 47 unexpectedly passed away peacefully in his sleep on Friday January 6, 2023 in Orlando Florida. As a father, son, brother, and husband, he was loved by us, and was a vital member of our family as to those that had the privilege to know him and call him friend. His passing has left a hole in our hearts and souls; he will be missed but never, ever forgotten.

Jason was born in Denville N.J., lived in Vernon and graduated Vernon H.S in 1993. He attended Lincoln Technical School majoring in Heating and Air Conditioning. Once H.V.A.C. Certified he worked in the Vernon area before moving to Orlando Florida with his life long friend Alan Puzio. (Jason always hated the cold!) In Orlando he started a successful contracting / remodeling business specializing in Kitchens and Baths in and around the Orlando area. His design skills, craftsmanship, work ethics and attention to details earned him a reputation as one of the best craftsmen in the area. He took pride in making sure the customer was always happy with the finished job and will often work weekends and nights to complete a job on time as promised.

Jason when not working enjoyed being outside, camping, fishing, skeet shooting, quiet time at the beach and playing his guitar with Alan and friends in their band “Maryanns Jacket.” He especially looked forward to his yearly meet up to relax, ride his Harley and camp with his close friends during “Daytona Bike Week”. (You all were and are valued friends of Jason and Teresa. Thank You). Jason passed on his love of Harleys to his son Chase. He loved riding together with him by his side. Sharing the road, his friends, the culture and traditions with his son gave him great joy, pride and the biggest smile.

Posted by Dobbs Funeral Home Obituaries at 11:24 AM

Jason you are loved, cherished and missed, every day, every night every waking moment Mom and me. Love Dad