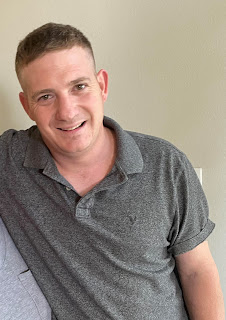 Ryan Thomas Muscanell, 34, passed away on Wednesday, December 21, 2022. He is survived by his mother and father, Maureen and Edward Muscanell, Sr., and his sister, Nicole Muscanell (Bryan Murch). Ryan was born and raised in Orlando, Florida but decided to return to his family’s home turf in upstate New York. He spent the last few years living in Amsterdam, NY, where he became a homeowner and trained under his uncle to become an HVAC technician. He enjoyed being outdoors riding around in his truck and ATV, hanging out with his neighbors, and spending time with his Newfoundland, Elle. Growing up, Ryan was very athletic and always full of energy. He was a talented baseball player, rotating between pitching, catching, and shortstop—even making the all-star little league teams in Dr. Phillips, Florida. His energy carried into his adult years—he was boisterous, often the center of attention, and could always make his friends and family laugh with his off-the-cuff humor. Ryan could sometimes be stubborn, but he was giving and loyal to those who earned his trust. He will be missed greatly.

Funeral services for Ryan will be held on Thursday, January 5, 2023, from 10:00 to 11:30 at Dobbs Funeral Home at 430 N Kirkman Rd, Orlando, FL 32811. Immediately following the service, there will be an escorted procession to Winter Garden Cemetery.

I miss him. He was a really great guy.

It saddens me to read this. I am still in shock! Ryan was a loving and caring soul. May God bless him with eternal peace in heaven.